Even if he hasn’t been quite as aggressive as his predecessor, President Joe Biden has promised the American people that he would retain President Trump’s skeptical posture toward Beijing, which is widely regarded as America’s biggest geopolitical foe.

Since arriving in Washington in January, the new administration has decided to maintain the tariffs from Trump’s trade war with China (despite all the winging from globalist “experts” who claimed the trade war would suppress economic growth and ultimately harm American industry), much to the leadership’s chagrin. 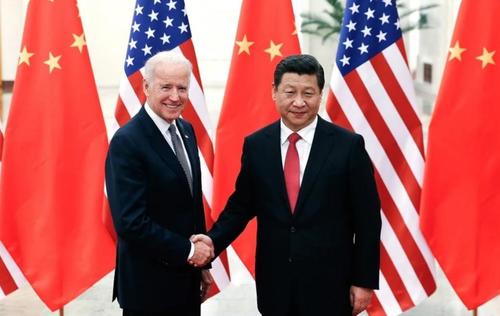 Meanwhile, President Xi has pressed ahead with plans to de-democratize Hong Kong while both Xi and other top CCP officials have ratcheted up the warlike rhetoric as the CCP sets its sights on reclaiming Taiwan.

However, given Biden and his family’s longstanding ties to China, it’s hardly a surprise that Beijing would seek a “reset” in relations with Washington.

The Bidens’ ties to China have been well-documented. Not only did Biden’s son, Hunter Biden, engage in what’s widely been described as influence peddling by partaking in business ventures organized by individuals with close ties to the CCP, but, thanks to his experience in the Senate and as vice president, President Biden has a yearslong relationship with President Xi. Some have even posited that the two leaders are on friendly terms.

That Beijing would want to take advantage of this is hardly a surprise. And as China seeks a “reset” in relations under Biden, the SCMP reports that the two countries are preparing to hold the first round of in-person high-level talks.

These talks will feature heavyweights from both sides. The US delegation will be led by Secretary of State Antony Blinken, while the Chinese delegation will feature Yang Jiechi, a top Chinese diplomat who often serves as an envoy of President Xi. Chinese Foreign Minister Wang Yi – who has made several fiery comments about the US in recent weeks – might also make an appearance.

Though Biden and Xi reportedly spoke on the phone for hours last month, these talks would be the first face-to-face meeting since the new administration arrived in Washington. Blinken recently claimed that the Washington-Beijing relationship is “probably the most important in the world.”

Unsurprisingly, the Chinese government and its mouthpieces are excited about the prospects for the talks, with Global Times editor Hu Xijin tweeting that he hopes the news is accurate. Clearly, the story was leaked to the SCMP by Chinese officials, perhaps as a means of pressuring the Biden team to agree.

I hope this news reported by SCMP is true. China-US relations in the following time should not be tied by the rope left by Trump. pic.twitter.com/3EtfS6LHG4

Even as the Biden Administration lambasts Beijing over its treatment of the Uygher minority in Xinjiang, the bilateral meeting could mark a first step toward a less antagonistic relationship.

Wei Zongyou, a professor at the Centre for American Studies at Fudan University, agreed that a meeting at such a high level could help to set the tone and direction for the relationship amid the Biden administration’s reassessment of Donald Trump’s China policy.

“The two sides are likely to engage in consultation and discussions about how to manage the competition between China and the US and to strengthen practical cooperation,” Wei said.

A high-level meeting would also show that the leadership of the two countries do not want bilateral relations to continue on the Trump era’s path of confrontation.” He said there was also a possibility that the meeting could help to lay the groundwork for a future meeting between Xi and Biden.

Notably, the SCMP says the talks will likely be held in Anchorage, Alaska. Why Anchorage? Well, apparently, the Chinese are keen on Alaska because it’s equidistant to Washington and Beijing, while still being outside the US mainland. This, in theory, would make it easier for the government and its propaganda apparatus to portray the talks as having taken place on neutral territory, while also allowing the diplomats to avoid heavy scrutiny from the press.

A photo-op between the diplomats is almost guaranteed. But even if the talks go well, at this point, there’s little that can be done to stop the new “cold war” in the Pacific. Earlier on Tuesday, Bloomberg reported that the PLA is testing new missiles that can target US Navy Carriers, which engaged in persistent “freedom of navigation” operations in the South China Sea under Trump, greatly irritating the political establishment in Beijing.

But the Biden Administration still has a choice to make: it can hold the hard line established by the Trump Administration, or revert to the appeasement of the Obama years.