GameStop Largest Strike Moves To $800… What To Expect 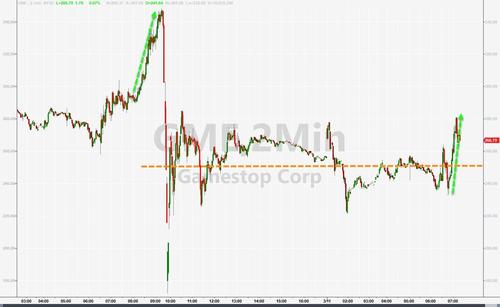 As SpotGamma explains, the key level for dealer flows is around $250 but the key delta strike has shifted up dramatically from $60 to $800… 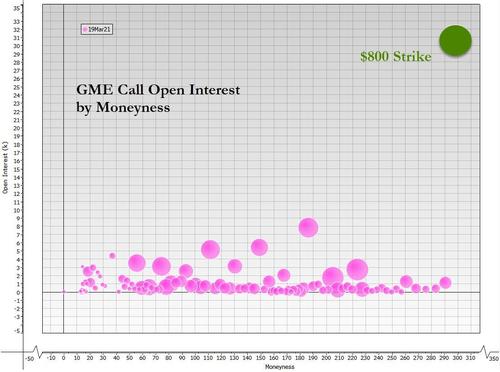 Interestingly the hedging flows thesis is supported by yesterday’s price action where it appeared dealers were the active dip-buyers.

The volume of trading that occurred at the ask price – the one that shows buyers are abundant – made up 85% of the total volume. And yet, the volume of trades with 100 shares or less, a hallmark of amateur traders, was responsible for only about 15% of total trading in the next few minutes when shares staged a rebound, data compiled by Bloomberg show.

“While substantial volume traded on the offer after GameStop’s midday halt, the low proportion of trades executed under 100 shares potentially indicates that retail was not a main driver of that price action,” said Michael Beth, vice president of equity and derivatives trading at WallachBeth Capital.

The lion’s share of volume probably came from broker dealers doing a so-called delta-hedge on the call contracts they’ve sold, which requires them to buy the stock, says Max Gokhman, head of asset allocation at Pacific Life Fund Advisors.

Are the Gamma Whales back? And hoping for some WSB momentum to help? 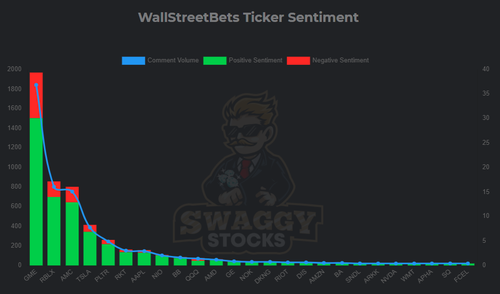