Gamestop Shares Are Collapsing, Pelosi Says “Will Be Reviewing Issue”

Update (1145ET): GME shares are ripping back higher after being halted numerous times (but remain down on the day)… 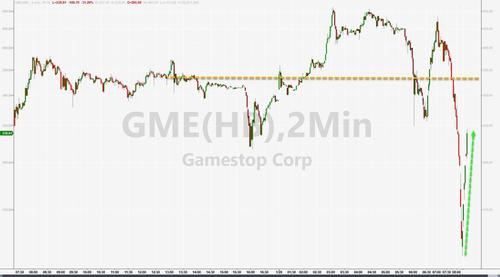 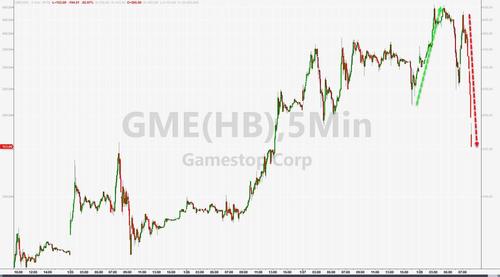 Speaker Pelosi spoke up as the shares crashed saying that “she understands the Biden admin is looking at Gamestop” and added that she will be “reviewing the Gamestop issue.”

Somebody had to rescue the hedge funds from widespread liquidations… 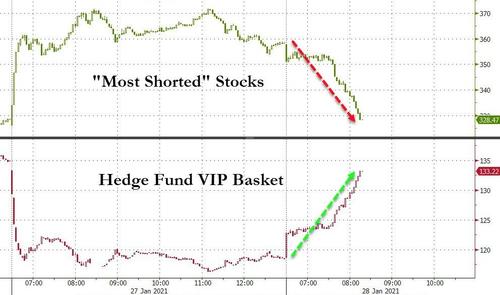 And the potential for that liquidation to expose the fallacy of the entire market’s foundations.

El-Erian: Fed Should Start Tapering Now… But It Won’t