In what is perhaps the largest shakeup since Ryan Cohen, the co-founder and former chief executive of online pet food company Chewy, joined its board in January, Reuters reports that GameStop is looking for a new chief executive to replace George Sherman as it pivots from being a brick-and-mortar video game retailer to an e-commerce firm.

Citing three people familiar with the matter, Reuters notes that GameStop’s board is working with an executive headhunter on the CEO search. 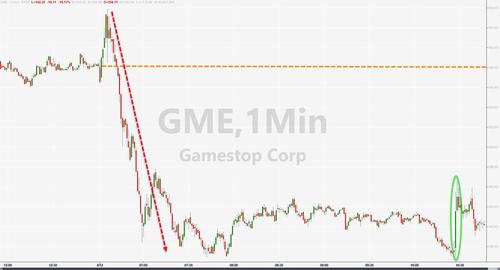 It’s been a noisy few months since the chaos began in GME, but today’s drop takes the stock back to the same level it was at on Jan 25th… 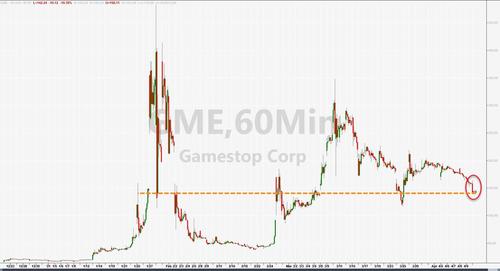 As a reminder, GameStop announced last week that the Chewy co-founder will become its chairman after the company’s annual shareholder meeting, which is scheduled for June 9.

GameStop also said Thursday in a securities filing that other new board nominees include Larry Cheng, the first investor in Chewy, and Yang Xu, an executive at Kraft Heinz.

As Biden Pushes Trillions In Stimulus, Employers Struggle To Lure People Back To Work