GBOAT: Is This The Greatest Bubble Of All Time?

The lifestyle you ordered in the euphoria will be out of stock in the panic. 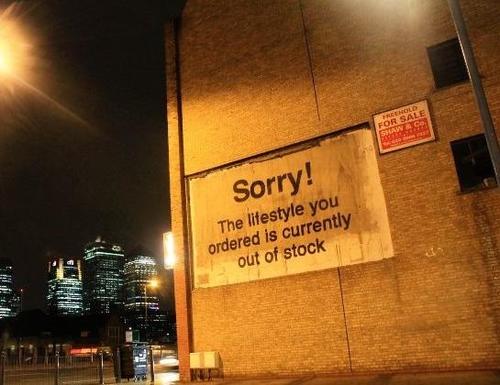 Humans running Wetware 1.0 (which is all of us) love to gamble, and we are entranced by the thrill of victory and the agony of defeat. When there’s a market for speculation, these wild swings of emotion manifest as euphoria (I’m winning!) and fear (I’m losing).

Thus the soaring price of goats due to speculation in 1740 B.C. Babylon so vexed Hammurabi that he ordered the execution of those he deemed responsible for profiteering off their clever speculative manipulation.

Speaking of goats, let’s ask a GOAT (greatest of all time) question: what’s the greatest bubble of all time (GBOAT)? The easiest way to measure speculative bubbles is the starting price and the peak price, but that may not do justice to the question. Perhaps the number of people drawn into the speculative frenzy is a better measure of GBOAT: after all, if only a handful of speculators lose their shirts, how that can be the greatest bubble of all time?

To even qualify, a bubble must drawn the masses into the euphoria and then slaughter them as mercilessly as Hammurabi massacred the goat profiteers.

Another qualifying factor is the scale of disconnect from reality. Even if you overpaid for a goat in a speculative mania, at least you can still milk the goat and make cheese. But tulips, which drove the remarkably excessive speculative Tulip Mania in 1636 Holland, are not even edible.

At least tulips offer a bit of beauty in a world besmirched by speculative ugliness, but the shares of the South Seas Company that sucked in the best and brightest in 1720 Britain and proceeded to lay waste to their wealth did not even have that saving grace.

Another qualifying factor is the power of the delusion driving the bubble. To qualify as a contender for GBOAT, the mania has to be utterly convincing and persuasive to everyone involved. In other words, it isn’t even speculation to invest all your money in the bubble, it’s simply common sense due to the dead certainty of the proposition fueling the mania.

The 1999-2000 Dot-Com Bubble is a good example of the universality of belief in the obviousness of the gains to be reaped: the Internet was changing the world and would expand for decades, so obviously the companies involved would grow for decades, too, as would their profits (obviously!).

The chart of the dot-com bubble offers a textbook example of how a bubble gathers momentum, spikes to insane heights, falters as the smart money exits but soars to a lower high as true believers buy the dip. Once the buying is exhausted, the bubble collapses back to its starting level. 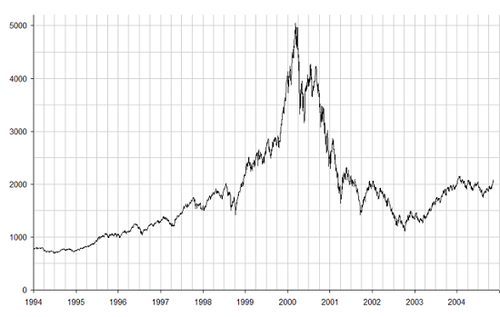 But not all bubbles follow this trajectory. Here is a current chart of IWM, the Russell 2000 index, courtesy of NorthmanTrader.com. (I added the black box and the red line in the center panel to indicate the previous bubble top.) The violence and amplitude of this speculative mania over the past year makes the dot-com bubble appear quaintly staid in comparison. 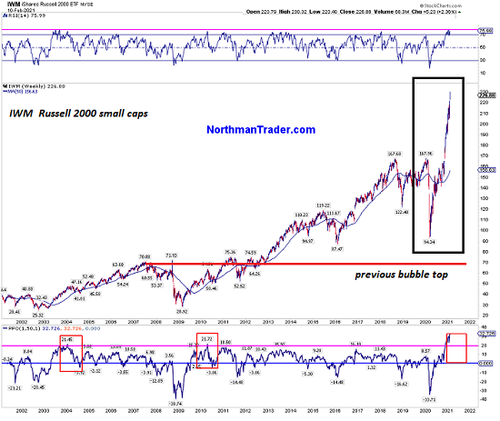 History leaves no doubt that all speculative bubbles pop, and much sooner and more violently than the euphoric participants believe possible. Before Hammurabi shut down the mania in goats, a rare goat with distinctive markings could be traded for an entire house. After the bubble popped, it was just another goat.

The lifestyle you ordered in the euphoria will be out of stock in the panic. Everyone running Wetware 1.0 is prone to getting caught up in a mania in which a tulip or goat can be traded for a house. But then euphoria flips to fear and after the mania fades and the losses have crushed spirits, hopes and dreams, a tulip is once again just a tulip and a goat is one again just a goat.

NOTE: I made up the story about the bubble in goats and Hammurabi. That is fiction, not history.