Rep. Marjorie Taylor Greene is a newly elected Republican member from Georgia who pledged yesterday that “On January 21, 2021, I’ll be filing Articles of Impeachment against Joe Biden for abuse of power.”  That is precisely what I criticized Democrats for doing in challenging the legitimacy of Donald Trump’s election starting on the inauguration and raising repeated demands for impeachment for acts ranging from his criticism of NFL kneelers to his inflammatory tweets.

It was wrong for them and it is wrong of Greene and any other Republicans who want to engage in this type of retaliatory impeachment effort. 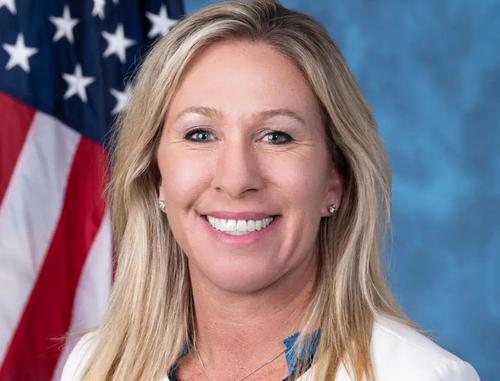 Green explained that “It’s time to take a stand,” she said. “I’m proud to be the voice of Republican voters who have been ignored.”

However, as I often point out in testimony in Congress, it is as important in our constitutional how you do something as what you do.  Impeachment should not be a recreational or retaliatory tool for the opposition.

I viewed this second impeachment as justifiable but poorly executed. There was an attack on Congress and Trump bore great responsibility in this disgraceful incident. My opposition to the second Trump impeachment was primarily to the use of a snap impeachment without even a hearing or chance to amend the language. I also had serious misgivings over the language of the article while I recognized that Trump’s conduct overall could be legitimately viewed as impeachable. I think that the House could have allowed for a hearing and an opportunity consider the implications of the language which I believe was too sweeping.  In the end, the language secured just 10 Republican votes. A more tailored article may have secured even more votes and a motion for censure might have secured a majority of both parties.

Greene suggested that her impeachment might be based on Biden’s controversial panel discussion at the Council on Foreign Relations where he talked about how he urged Ukrainian officials to fire Viktor Shokin, the country’s prosecutor in 2015, while he was vice president.

There is still no evidence that Biden took those actions to advantage or protect his son or any family business dealings.

Particularly after this painful week, pledging a tit-for-tat impeachment is neither helpful nor responsible.

It is wrong constitutionally and politically. What I said in 2017 in the face of Democratic calls for impeachment is still true today:

“History has already answered this call for impulse-buy impeachments. The Framers saw the great abuses caused not only by tyranny of nobility, but tyranny of the majority. They sought to insulate our government from the transient impulses of politics. Otherwise, impeachment becomes little more than grabbing any opportunistic excuse for impeachment like so many “straws” in the political wind.”

2020: The Year We Sold Our Liberties For A Medical Tyranny

Don Jr. and Kimberly Guilfoyle are Rumored to be Moving to Florida – Getting Away from Wicked Socialist Politicians and Policies of New York State