After canceling Germany’s draconian Easter lockdown last month, German Chancellor Angela Merkel “took full responsibility” for her misjudgment. But,now it looks like her government is reverting to the decision that new COVID-19 restrictions need to be put in place, before spiking COVID cases lead to a surfeit of deaths.

A new proposed plan has been developed to implement nighttime curfews, sweeping business closures and severe limits on public gatherings. These measures, and more, are all part of the German government’s new bill aimed at “standardizing” COVID-19 measures to stop the third wave. 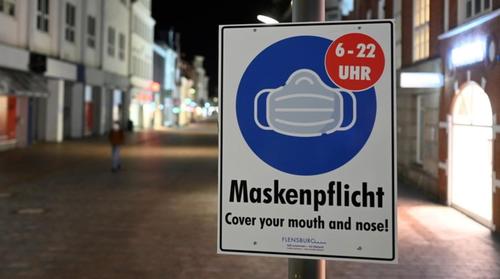 RT reports that Berlin is currently working on amendments to the national Infection Protection Act, which would reimpose lockdown restrictions and greatly reduce the federal states’ ability to defy the government’s orders, German media that obtained the draft document report.

The document that is expected to be discussed and potentially approved by Chancellor Angela Merkel’s cabinet on Tuesday will require all federal states where an average seven-day COVID-19 infection rate will rise over 100 per 100K people.

Such states will no longer be able to find any excuses to avoid imposing the so-called “emergency brake.” 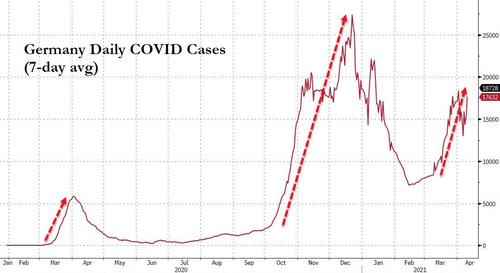 All states over this threshold infection rate will be bound to introduce a standard set of measures developed by the federal government, should the legislation come into force. Such measures involve a night-time curfew between 2100ET and 0500ET, with exceptions made for medical emergencies, professional activities and for people engaged in caregiving, whether for other people or animals.

If adopted, the new measures would impact all German federal states. According to the Robert Koch Institute (Germany’s federal agency responsible for disease control and prevention), only three out of 16 federal states have a seven-day incidence rate below 100 per 100K people. In the western state of Saarland, this rate is 98.8, which means it could potentially cross the threshold at any moment. German authorities are seemingly aiming to implement the new rules as soon as possible.

According to some media reports, Merkel’s federal cabinet and the states’ governments had all assented to the bill.

The German Bundestag President Wolfgang Schauble also made it clear that the parliament could potentially approve the new bill as early as next week. The legislation would then need to pass through the Bundestag,another house of the German parliament representing the federal states, and can come into force as early as April 19, according to some media reports.

Fauci Says Mandatory COVID Vaccines Are “On The Table”, Especially For Travel, School

Mother Of Cop Who Died After Capitol Riot Believes It Was Stroke, Not Trump Supporter, That Killed Him