Get Ready For More “Fisker”-Like Follies

A folly is a costly undertaking having an absurd or ruinous outcome. Those who are glad to see the return of the “Old Guard” to power may have forgotten the many scandals of the Obama years or how upon leaving the White House the Clintons took with them “the china.” While Trump’s style may not have appealed to everyone the vindictiveness and malicious calls to go after him and his supporters will do little to bring America together.

A song written and performed by American popular music singer-songwriter Jimmy Buffett titled, “Gypsies in the Palace” describes what happens when those in charge take advantage of their position. In the song, Buffett talks about how, “In days of old, when knights were bold and journeyed from their castles, they would leave what they thought were “trusty men” to watch over things. Unfortunately, it was not uncommon for these men to soon help themselves to pig and peach then drink from the King’s own chalice. In short, to do a bit of plundering for their amusement and benefit.

With the above in mind, I would like to re-post an old article from this blog. The article contains all the good stuff, like villains, and theft. Some parts have now been put into bold type to highlight the irony of what could be considered an interesting coincidence. It also stands as a reminder as to the limits of big government and suggests that we be careful of what we wish for.

The current political atmosphere is ripe for crony capitalism to flourish and boondoggles to sprout up everywhere, especially when it comes to going “green.”

Consider this a trip down memory lane, please enjoy.

Fisker should be renamed “fiasco”, for that is what it has become. It appears that the Obama administration. was warned as early as 2010 that electric car maker Fisker Automotive Inc. was not meeting milestones set up for a half-billion-dollar government loan, nearly a year before U.S. officials froze the financing in June 2011. This was done after Fisker presented new information that called into question whether key milestones – including the launch of the company’s signature, $100,000 Karma hybrid – had been achieved, according to a credit report prepared by the Energy Department.  Fisker had received a total of $192 million of the $529 million loan before it was suspended. It should be noted that the plant was never completed and never produced any Fisker cars. 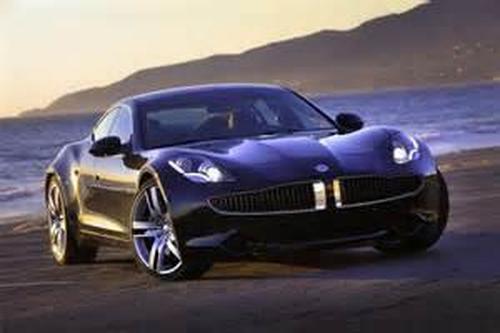 In the June 2010 email, Sandra Claghorn, an official in the Energy Department loan program office, wrote that Fisker “may be in limbo due to a lack of compliance with financial covenants” set up by the department to protect taxpayers in the event of default. Another document, from April 2010, listed milestones that Fisker had not yet met. The potential loss of $171 million would be the largest loss of federal loan money since the failure of Solyndra a solar panel maker. That company’s collapse, which came despite a $528 million loan from the Energy Department, has triggered criticism of the Obama administration’s green energy program. The Energy Department seized $21 million from Fisker this month as it continued to seek repayment from the carmaker for the 2009 loan. A payment from Fisker was due Monday but was not made.

Rep. Jim Jordan, chairman of the Oversight subcommittee on economic growth and regulation, said it is hard to understand why the Energy Department ever thought Fisker was a viable company that should receive taxpayer money. Henrik Fisker, the company’s namesake, and founder was scheduled to testify at Wednesday’s hearing. Fisker, who was forced out as CEO as the company’s troubles mounted, said in prepared testimony that he remained proud of the company’s “cutting edge technology,” which he said could “pave the way for a new generation of American car manufacturing.” Fisker disputed claims by some critics that the Anaheim, Calif.-based company needed the federal loan to survive. Fisker said a high-ranking Energy Department official approached him in 2008 and asked him to apply for the loan, which is intended to boost electric cars and other advanced vehicles.

It was Vice President Joe Biden who announced in late 2009 that Fisker would reopen a shuttered former General Motors factory in Wilmington, Del., to produce plug-in, electric hybrid vehicles. What does Joe Biden have to do with Fisker Automotive? On the surface, the answer would seem to be nothing at all, or at least it did until Biden himself revealed the startup automaker’s plans to introduce a new series of electric vehicles under the Project Nina banner. Not only that, Fisker just so happens to have decided to build cars in Biden’s home state. Coincidence? Fisker has denied that any political influence was used to obtain the loan or in negotiations over its terms, according to Russel Datz spokesman for Fisker, coincidence is exactly what it is, a good number of reasons exist to choose the former GM plant in Wilmington, Deleware, and the fact that it’s Biden’s home state is not one of them. Claymont, Deleware  home of Biden is roughly eight and a half miles from Wilmington.

Nicholas Whitcomb, who directed the Energy Department’s advanced-vehicle loan program, testified that $8.4 billion in advanced-vehicle loans have been given out to five auto companies so far. While Fisker has performed poorly, he said, loans to firms like Ford, Nissan, and Tesla have helped build factories and are all scheduled to be repaid. Fisker ran into trouble from the get-go. The company’s business model was to design an attractive sports car and then purchase off-the-shelf parts from suppliers. But that unusual strategy carried risks. Fisker’s real legacy may be the damage it has done to federal support for other electric vehicles. The Energy Department hasn’t ”closed on a loan or loan guarantee or conditionally committed to doing so under either program since September 2011.” The reasons? Applicants are skittish about going through a “lengthy and burdensome” application process and facing the same pressures that faced companies like Solyndra and Fisker.

Efforts have been made to blunt other criticism of the loan by the Obama administration, by stressing that Fisker was an anomaly. Supporters of the Obama Administration’s “green energy” loan program have banged away at the idea that Fisker’s problems stem from a lack of demand for electric cars in general, but the government should press on because it is in their opinion the right thing to do. It was announced in August 2012 GM,  would be halting the manufacture of its infamous Chevrolet Volt for at least four weeks, few were shocked. The Volt was awarded the 2010 “car of the year” title, but As of this writing, GM has sold 10,666 Volts through July, which, luckily for the automaker, is a major improvement over the 2,870 it sold at this time a year earlier. GM had made predictions that this year, over 45,000 units of the car would be sold. In other words, even if Fisker is an outlier, it’s casting a long-shadow over electric-car policy. 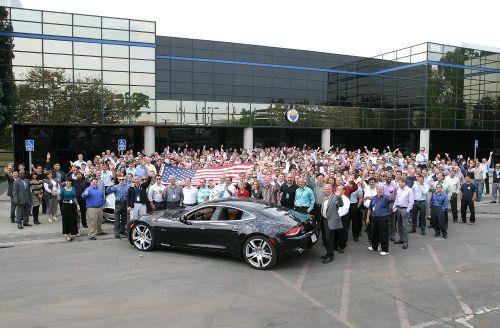 Back in October of 2011 the Obama administration has defended its decision to allow Fisker Automotive to assemble its high concept electric sports sedan, the Karma, in Finland, even though U.S. taxpayers had made a major investment in the car’s development, saying none of the American money was spent on the car’s overseas assembly. But Republican critics this weekend challenged the administration’s explanation, saying federal loans should have only supported applicants who would be building their cars on American soil. “The Department of Energy and Fisker executives are splitting hairs about where the money went,” said Rep. Tim Murphy, a Pennsylvania Republican who sits on the House committee that has been investigating the Obama Administration’s “green energy” loan program. “Ultimately, American taxpayer dollars went to a Finnish automaker to build high-end luxury automobiles for Hollywood.”

A report on ABC News’ “Good Morning America” about Fisker Automotive, the recipient of a “green energy” loan in 2010, quoted auto industry experts who said Fisker’s loan invited comparisons to the ill-fated Energy Department loan to Solyndra, a solar panel manufacturer that received $535 million in taxpayer support, declared bankruptcy earlier this year. That federal loan is now the subject of investigations by the Justice Department and by inspectors general from the Energy and Treasury departments. The Washington Post has discovered that the Energy Department quietly eased expectations for Fisker’s projected car sales volume after it conditionally approved the loan, and made allowances for scaling back projections in the final loan agreement, this is not the way taxpayer money should be spent. The Fisker folly, and its failure, reeks of government cronyism and waste, someone should be held accountable.

Rabobank: We Are Currently Finding Out Who Has The Real Power And Who Is Powerless