Global Billionaires’ Wealth Increase By $4 Trillion During The Pandemic

As the S&P 500 and DJIA soared to new closing records on Monday even as New York State is reportedly on track to adopt a groundbreaking state wealth tax (the latest effort by Gov. Andrew Cuomo to distract from the twin scandals over sexual harassment of female aides and his office’s efforts to cover up the number of COVID deaths in the state’s nursing homes), the Institute for Policy Studies has published the results of its latest review of billionaire wealth. 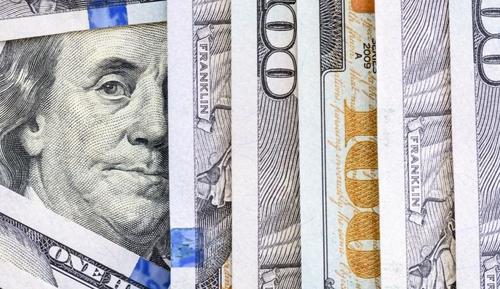 Unsurprisingly, given the tremendous rally in asset prices over the past year, the 2,365 billionaires living on planet earth have seen their wealth increase by a collective $4 trillion – a 54% increase over the span of a year. Put another way, total wealth held by billionaires ballooned to $12.39 trillion, up from $8.04 trillion.

270 billionaires were added to the Institute’s billionaires list – ie the tres commas club – during the past year, while 91 names were removed for  – for a net increase of 179 (we wish the 91 individuals removed from the list the best of luck on “re-billionizing”.

Of the nearly 2.5K billionaires tracked by the Institute, 13 billionaires saw their wealth soar by more than 500%. The Institute grouped these lucky individuals in its “500% Club”. It noted that all of them had investments and connections to companies that benefited the most (in terms of market capitalization) from the pandemic.

Members include Elon Musk, Dan Gilbert and a handful of Chinese entrepreneurs:

1. Zhong Shanshan (3300 percent/$66 billion gain), China. Saw his wealth rise an eye-popping 3,300 percent during the pandemic year, from $2 billion to $68 billion. The wealth surge was the result of two of his companies going public in 2020, Nongfu bottled water and Beijing Wantai Biological Pharmacy.

4. Bom Kim (670 percent/$6.7 billion gain), U.S. Wealth has increased 670 percent, from $1 billion to $7.7 billion over the pandemic year. Founder of the e-commerce giant Coupang, the Amazon of South Korea. Kim’s fortune surged as high as $11 billion after the company’s IPO in early March.

5. Dan Gilbert (642 percent/$41.7 billion gain), US. Owner of Quicken Loans, which capitalized on cloistered citizens tapping online financing. His wealth increased 641.5 percent, from $6.5 billion to $48.2 billion over the pandemic year.

10. Brian Armstrong (550 percent/$5.5 billion gain), US. Chief executive of Coinbase, the largest cryptocurrency exchange in the country. Wealth increased 550 percent, from $1 billion to $6.5 billion during the pandemic year.

Unsurprisingly, the lions’ share of the gains accrued to the world’s wealthiest billionaires. At the global level, the wealthiest 20 billionaires sported a combined $1.83 trillion in wealth in 2021, an increase of $742 billion, or 68%, over the past year.

In comparison, the 2019 GDP of Spain was $1.3 trillion. While billionaires were getting richer, even as the pandemic caused the global economy to shrink by 3.5% in 2020 (according to data from the IMF).

The IMF, along with myriad other nonprofits and NGOs, has warned that the pandemic caused economic inequality around the world to explode. The adverse impact was felt particularly acutely by women, the young, the poor and minorities.

Using the “Ultra-Millionaire Tax” proposed by Senator Elizabeth Warren, billionaires would have paid roughly $345 billion in wealth taxes, combined. What’s more, a more modest wealth tax could raise $4.14 trillion over the next decade. This is worth keeping in mind as President Biden promises that he won’t raise taxes on American families earning less than $400K per year, while progressive Dems have managed to garner more support for wealth taxes.

Read the full report below:

From Russia, With (Taliban) Love