China semiconductor firms soared on Thursday following news that the main industry association will work with its U.S. counterpart to discuss supply chain safety and trade restrictions. According to SCMP, the China Semiconductor Industry Association (CSIA) has set up a working group with US technology companies to help deal with issues such as “export controls and supply chain security.”

CSIA announced the new partnership on Thursday, and there’s already speculation that President Biden could ease some trade restrictions against Chinese semiconductor firms to reduce the global chip shortage. This would benefit Huawei Technologies and Semiconductor Manufacturing International Corporation (SMIC), both reeling from chip shortages. 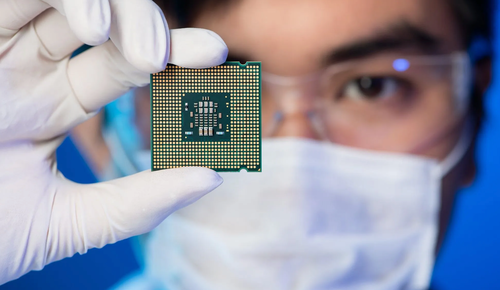 After a multi-week stock plunge, Chinese tech companies surged following news CSIA will work with US tech firms to alleviate supply chain woes and restrictions. The team consists of ten semiconductor firms from each country and will meet twice a year to address industry concerns.

Optimism also spread to Europe, where tech stocks climbed as much as 1.4% on CSIA’s announcement. Shares in chip stocks rallied, with Infineon +2.7%, STMicro +1.7%, AMS +1.6%

The working group is expected to promote “deeper mutual understanding and trust” between the Chinese and US semiconductor companies. CSIA’s counterpart is the Washington-based Semiconductor Industry Association (SIA); they have yet to announce the new partnership.

“Even if the US restrictions remain, better communication [between Chinese and US semiconductor industry players] can help mitigate supply chain disruptions,” Deng said. “A company in the value chain may have a better idea how to manage its inventory and production with [help from] the working group,” he added.

That said, Deng was quick to note the Biden administration will not lift key export bans of certain technologies placed on China by the former Trump administration. Over the past year, shortages of semiconductors have caused production cutbacks among major automobile factories worldwide. The shortages are widespread and are from electronics to medical devices to technology and networking equipment.

Supply chain disruptions originated from the virus pandemic. Even before that, the Trump administration limited chips to Huawei Technologies, ZTE, and other Chinese firms; the combination of the pandemic and restrictions has culminated in a worldwide shortage.

Biden’s “One Horse Pony” Problem: Why The Hunter Biden Scandal Is No Dead Horse