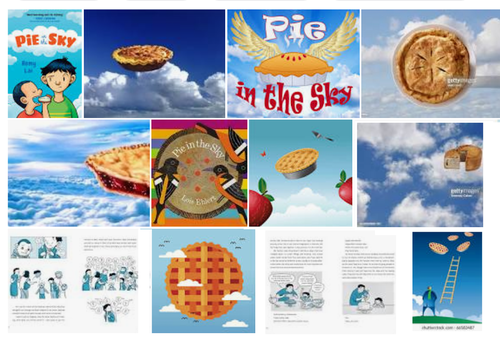 The UN and the Paris Accord have set a net neutral target for 2050. The US, the UK, Japan, and the EU are on board.

Without China, forget about it. China says 2060. India has a more realistic assessment of the situation.

197 Counties Cannot Agree On Anything

It’s a lot easier for developed countries to do something about carbon emissions than developing countries.

In a pre-summit meeting of 197 countries, China did not show up, and India blasted the targets as “Pie in the Sky“.

Trying to lead 197 countries forward on the critical global issue of climate change is not a job for the faint hearted, as the UK is currently finding out. India, the world’s fourth largest emitter, doesn’t seem keen to join the club.

“2060 sounds good, but it is just that, it sounds good,” Raj Kumar Singh, India’s minister for power, told a meeting organized by the International Energy Agency (IEA).

“You have countries whose per capita emissions are four or five or 12 times the world average. The question is when are they going to come down?”

“What we hear is that by 2050 or 2060 we will become carbon neutral, 2060 is far away and if the people emit at the rate they are emitting the world won’t survive, so what are you going to do in the next five years that’s what the world wants to know.”

“The developed world has occupied almost 80% of the carbon space already, you have 800 million people who don’t have access to electricity. You can’t say that they have to go to net zero, they have the right to develop, they want to build skyscrapers and have a higher standard of living, you can’t stop it,” he told the meeting.

“So my plea is to avoid the ‘happy talk’ and recognize that this challenge is global and never has there been a challenge that requires the unity of countries all across the planet than now.”

Can the Targets Be Met?

Perhaps. Technology can do wondrous things in the next 30-40 years.

But it will not happen without China, India, and developing nations in the Mideast, Africa, and South America in general.

Where is the CO2 Coming From? 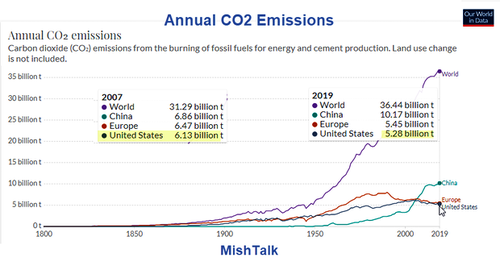 Even if you eliminate 100% of carbon from the US and EU, you don’t solve the problem.

That is the simple fact of the matter. And for pointing out the facts, I was accused of cherry picking the data.

What the hell do you think is going to happen when everyone in China and India using mostly coal want higher standards of living?

You reaffirm the big problem ahead is totally outside US control.

Yet, Biden, AOC, etc. think the US can solve this with dollars

Emissions from China and India continue to grow. For mentioning this fact, I was also called a racist.

Excuse me for pointing out that unrealistic demands on India, China, African nations, etc., are what’s racist, not facts.

He blamed 4 hurricanes on climate change as if throwing any amount of money at the alleged problem would have stopped the hurricanes.

Government to the Rescue?

of course, we need to rely on the government to keep us safe from weather.

A Word About Climate Change

Roughly 5 billion years from now, the Sun will exhaust the hydrogen fuel in its core and start burning helium, forcing its transition into a red giant star. During this shift, its atmosphere will expand out to somewhere around 1 astronomical unit — the current average Earth-Sun distance.

The world will not end in 10 years or even 100 years if we do nothing. 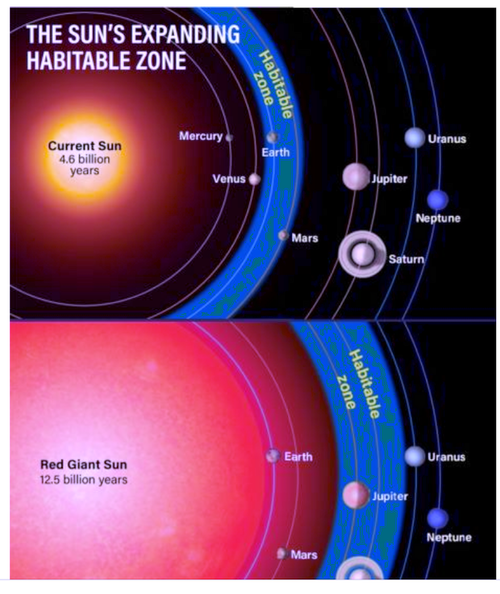 Climate change is not the ‘Existential Threat of Our Time’ as Biden says.

Those who want to be taken seriously, best not to make absurd exaggerations as Biden, Kerry, AOC, Gretta, Al Gore, and countless others have done with predictions that have failed one after another.

What Happens if the Seal Level Rises?

The research, published in Nature, finds that the rate of ice-sheet melt in a high-emissions scenario could see the oceans cooled by the influx of frigid water. This could knock as much as 0.4C off global temperature rise, the researchers say, potentially delaying exceeding the 1.5C and 2C Paris temperature limits by around a decade.

Scientists not involved in the research tell Carbon Brief that while the results are intriguing, some caution is warranted given that the study relies on a single climate model. It also uses a speculative ice-melt scenario and focuses on a region – the Southern Ocean and Antarctica – which climate models can struggle to simulate accurately.

While climate models seek to include various different elements of the Earth’s systems, many are still limited in their modeling of changes in global ice sheets. While models include the role of ice melt on global sea level rise, they generally do not include the impact of the effect of meltwater from ice sheets and ice shelves on the climate.

The broader climate impacts of ice-sheet and ice-shelf melt are not included in the current generation of climate models – CMIP5 – and are not expected to be accounted for in the upcoming CMIP6 models either.

Hmm, it seems we have a major problem with the model’s, don’t we?

50 Years of Dire Climate Forecasts and What Actually Happened

Also, please recall my January 2019 post Ocasio-Cortez Says World Will End in 12 Years: Here’s What to Do About It.

I am tired of this discussion.

But let’s assume no mitigating temperature impact of cooling waters.

What Do We Do About It?

How do we meet the 2050 targets with China not on board and India openly mocking even the 2060 target as “pie in the sky”?

With that question, let’s return to a comment I made above that is the key to the issue: Technology can do wonderous things in the next 30-40 years.

Look at what we are doing on mars as an example of amazing technological feats: Search for Life on Mars Continues With a Tiny 4 Pound Robot Helicopter

Back on earth, I noted GM to Phase Out Gas-Powered Vehicles by 2035, Carbon Neutral by 2040

That’s one heck of a commitment given Tesla has about a 79% share of the 2% of total sales that are electric.

Believe what you want about climate change but fearmongering won’t change anything.

Nor will badgering 197 nations to agree to a plan that China will not honor and India labels “pie in the sky”.

If there is a solution, technology, innovation, and the free market will find it.

A reader asked why I don’t mention per capita carbon.

I have commented before. It proves my point so I should do it more often.

The population of China is 1.40 billion, India is 1.37 billion, and the US is 0.33 billion. It is precisely this reason India called the effort “pie in the sky”.

Q: What happens when the rest of the world wants a US standard of living?

A: The global carbon footprint will not decline, global standards of living will not rise, the US standard of living will fall dramatically, there will be a huge technology breakthrough, or some combination of the above.

Save, Invest, Speculate, Trade, Or Gamble?