Goldman Sachs has slashed the pay of its CEO for 2020 amidst the investment bank’s involvement in the 1MDB scandal, which we covered in depth here. The scandal wound up costing the bank a total of $2.2 billion plus an additional $600 million in fines.

And it cost CEO David Solomon a 36% pay cut.

Goldman’s board reduced Solomon’s pay package to $17.5 million for 2020, which is down from $27.5 million a year earlier. Hilariously, his $17.5 million payday came after he made “amends for the firm’s criminal role in the looting of the Malaysian investment fund,” Bloomberg wrote. Ex the $10 million penalty, his salary was basically flat year over year.

As we’ve chronicled over the past few years, many of the bank’s top executives appeared to have been personally involved with the 1MDB scandal, which was initially brought in by Tim Leissner, formerly the bank’s top man in Southeast Asia, before he was suspended over the deal, before agreeing to cooperate with the Feds against his former employer (where he reportedly told authorities about the endemic “culture of corruption” at play within the bank). 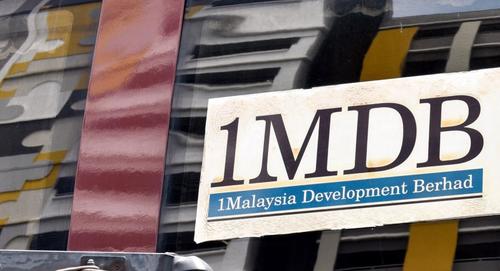 Though we can’t be certain, we suspect that the timing of former Goldman chief Lloyd Blankfein’s departure was influenced by the unfurling scandal; he suddenly left the bank right around the time that Leissner flipped.

Solomon’s flat “adjusted” earnings for the year falls in line with other major bank CEOs so far. Days ago we noted that Morgan Stanley’s CEO James Gorman passed J.P. Morgan’s Jamie Dimon in total compensation for 2020, racking up $33 million in salary.

The 2020 take marked a 22% rise in Gorman’s pay from the year prior, where he had taken a pay cut to align himself with company layoffs. In 2020, Morgan Stanley posted its “third consecutive year of record earnings”, according to Bloomberg.

J.P. Morgan noted that “amid the unprecedented health and economic consequences of Covid-19” it was also still able to post record revenue and hold a strong balance sheet, even while provisioning $12 billion for credit losses. Its shares wound up down 8% for the year, despite a weeks-long rally to end the year.

Tech Bubbles: What You Need To Know

Is This the Most Effective Weapon Against Viral Infections?