Few believed Goldman CEO David Solomon when he told the media that he would try to enforce a firm-wide rule about not working on Saturdays after all that talk about Goldman analysts working “inhumane” hours as the SPAC deal boom stretches staff in the middle of a pandemic. Solomon also promised to send more staff to overstreched teams. 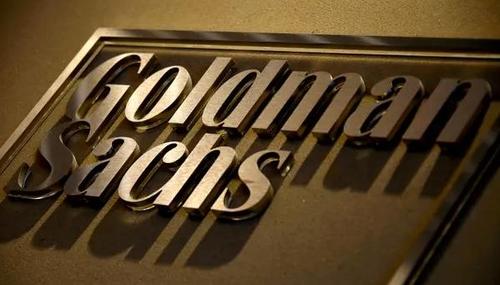 So far, at least, nothing much has changed. According to the Guardian, most teams in the UK still have between 3 and 6 employees on medical leave at any given time for burnout. And apparently, managers at the bank feel guilty enough that they’re sending employees fruit baskets and paying for them out of their own pockets.

The one-off hampers, full of fruit and snacks, are understood to have been paid for by managing directors out of their own pockets, since Goldman has not offered any company-wide gifts or additional bonuses after a leaked report revealed concerns about poor working conditions earlier this month.

While some junior bankers said they appreciated the small gift, it pales in comparison with perks announced by rival lenders in the weeks following the Goldman leak.

Earlier this month, a slide deck put together by a team of anonymous junior Goldman analysts and shared by finmeme account Litquidity quickly went viral, and sparked a conversation about junior banker hours, which the junior analysts alleged were “inhumane”. Of course, this isn’t the first time that junior banker hours have become a trending topic: Back in 2015, a 22-year-old Goldman analyst committed suicide, and a Bank of America analyst reportedly died from an epileptic seizure after working for 72 hours straight.

But considering all the money investment banks are making off the current SPAC deal boom, several of Goldman’s rivals decided to play it safe and lavish rewards on the junior employees tasked with creating most of the materials investment banks use to market and compete for deals. Credit Suisse doled out bonuses as large as $20K despite the massive hits to profitability the firm has endured as of late. Jeffries offered its 1,000+ junior analysts and associates their choice of several popular home-exercise products, including a Peloton.

While we’re sure the poor analysts appreciated the snacks, one analyst who spoke to the Guardian on the condition of anonymity said the firm should be doing more. “What we need is not a gesture from [managers], but from the firm,” the London-based banker said. Although US-based analysts were behind the viral slide deck, UK-based analysts told the Guardian that conditions aren’t any different on their side of the pond.

One Twitter user had a suggestion for managers concerned about the workload facing analysts.