“Wall Street South” appears to be full steam ahead as Goldman Sachs Group Inc. “discreetly” asked employees at New York City offices if they would volunteer to move to its asset-management unit in Florida, according to Bloomberg sources.

Sources said executives managing Goldman Sachs Asset Management and its merchant banking operations had asked employees if they would be willing to be relocated to West Palm Beach. The first batch of employees to be relocated could include a couple of hundred investment professionals. 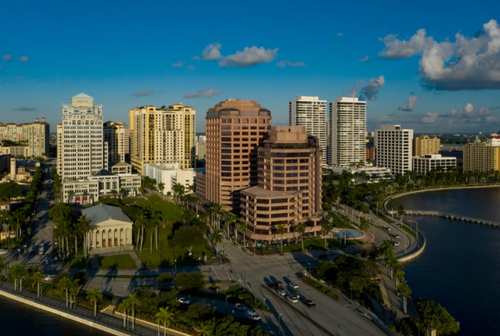 The move is part of cost-cutting measures, the sources said, adding that the investment bank has been working with developer Related Cos. to find offices in South Florida.

Goldman’s CEO David Solomon has already implemented a strategy to move segments of the firm to cheaper metro areas. The investment bank has recently expanded its presence in Utah and Texas with thousands of jobs.

The biggest takeaway is that Goldman can operate efficiently from different locations across the country. The virus pandemic has accelerated hybrid work and allowed firms to move out of expensive metros to either suburbia or less costly and more business-friendly areas.

Goldman and other financial institutions in New York City are packing up their bags and heading south because out-of-control liberal politicians are increasing taxes and regulations and have defunded police resulting in a sharp jump in violent crime. In conservative states, many of these issues do not exist.

Besides Goldman, Elliot Management is preparing to move its headquarters to West Palm.

… and this is the beginning chapters of how “Wall Street South” was created.

Micro-Caps Are Soaring As GameStop Collapses