Catalytic converters, which are part of a car’s exhaust system, are sought out by thieves because they contain precious metals and can be sold for scrap. 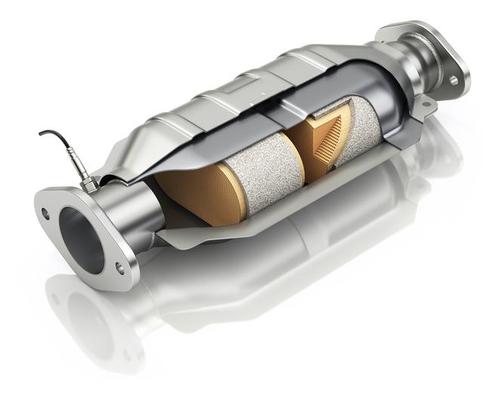 With metal prices booming, thieves use cordless reciprocating saws to cut a car’s catalytic converter in under 60 seconds.

Thieves have been targeting commercial vehicles in industrial parking lots and even cars in residential neighborhoods.

In the last few days, there are endless stories of catalytic converter thefts from across the country, from Louisville, Kentucky, to Rochester, New York, to Olmsted Falls, Ohio, to Sherman, Texas. 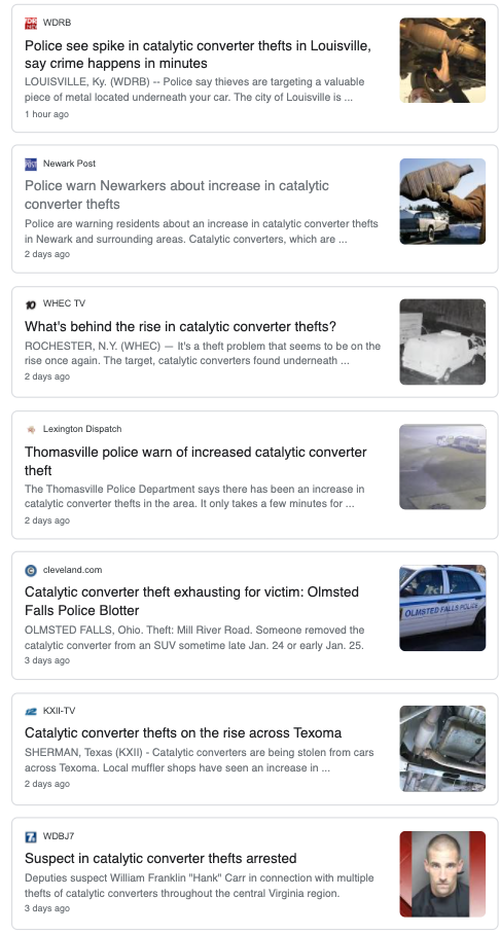 Thieves are after platinum, palladium, and rhodium inside the converters. Thieves can easily strip down exhaust part and extract the precious metals, turning around and selling it to scrap yards for a handsome profit.

Internet search trends for “catalytic converter thefts” erupted during the beginning of the pandemic when tens of millions of Americans lost their jobs. Simultaneously, trillions of dollars in stimulus via the central bank and federal government resulted in surging asset prices, including different types of metals, which made catalytic converter scrap prices jump. Thieves asked themselves, why steal copper wire when catalytic converters bring more money. 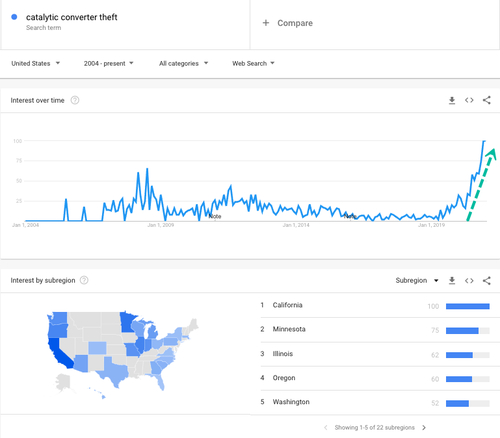 What’s also interesting is that during the pandemic, interest searches for “catalytic converter scrap price” have surged to record highs – it seems like a lot of people are interested in scrapping valuable car parts. 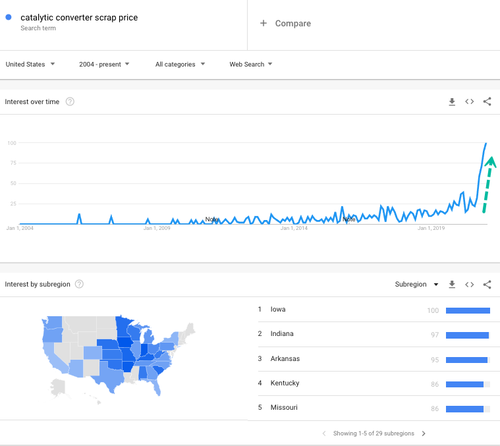 Earlier this year, AOC said crime in New York City is on the rise due to people “stealing bread to feed their children.” Maybe they’re not stealing bread but rather catalytic converters.