A huge controversy erupted last summer between major US social media platforms and the Australian government over a bill designed to better compensate and reward local news publishers, while bringing greater transparency to the way algorithms employed by Google, Facebook, and YouTube work.

Months after failed attempts to come to an agreement with the government of Australia, Google is now threatening the dramatic step of shutting down its search engine in the country altogether.

It stems from the initiative that seeks to ensure companies and content providers are compensated fairly for the value their content generates for Google and parent company Alphabet Inc.

On Friday at a Senate hearing on the matter Google Australia Managing Director Mel Silva told lawmakers, “If this version of the Code were to become law, it would give us no real choice but to stop making Google Search available in Australia.” 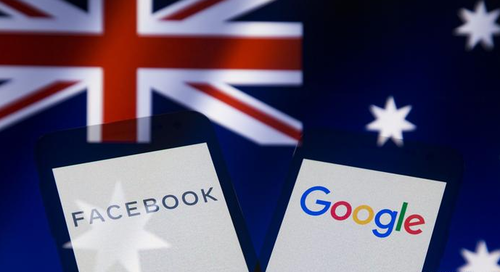 “That would be a bad outcome not just for us, but for the Australian people, media diversity and small businesses who use Google Search,” she added. She said as the legislation currently stands it would be “breaking” the way users typically search for information, upending Google’s operations.

Silva attacked the bill for requiring “payments simply for links and snippets just to news results in Search” – while also touting the “free” service Google offers. “The free service we offer Australian users, and our business model, has been built on the ability to link freely between websites,” she said.

“We don’t respond to threats,” Australia Prime Minister Scott Morrison hit back in the wake of the threatened Google shutdown in the country.

“Let me be clear. Australia makes our rules for things you can do in Australia. That’s done in our parliament. It’s done by our government and that’s how things work here in Australia and people who want to work with that in Australia, you’re very welcome,” he said.

GOOGLE: if you pass a law that makes us pay media companies for journalism, we’ll shut down search in Australia.
PRIME MINISTER: “But we don’t respond to threats”
GOOGLE: “It’s not a threat. It’s a reality.”

It’s commonly estimated that Alphabet Inc. oversees at least 94% of all search traffic in Australia, similar to many other countries globally, at a time it’s coming under increased accusations of using its monopoly power to bully content providers and smaller competitors.

Julian Assange on Big Tech: ‘Google is not what it seems’

“Google’s influence on the choices and behavior of the totality of individual human beings translates to real power to influence the course of history” #Google #Assangehttps://t.co/ZUfh7WDAT5 pic.twitter.com/FLnEBTT8Kw

He added that Google is seeking to make an example in Australia: “They’re signaling to other regulators they’ll have a fight on their hands if they do this.”

Pyscho Pelosi on Trump: I Plan to Pull Him Out of There By His Hair, Little Hands and Feet