As central banks, including the Federal Reserve, are looking into implementing their own digital currencies, a Republican lawmaker warned of a key risk associated with their adoption, namely whether they could be exploited to curb civil liberties. 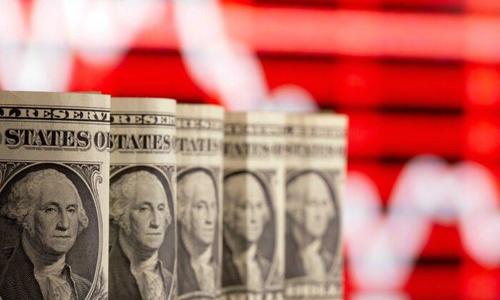 Nations across the world are mulling developing central bank digital currencies (CBDC) to modernize their financial systems, ward off the threat from cryptocurrencies like Bitcoin, and speed up domestic and international payments, with China one of the most advanced in its effort.

Rep. Warren Davidson (R-Ohio), a member of the House Financial Services Committee, told NTD News in an interview that some of the features of China’s digital yuan arrangement would raise concerns if transposed to a digital dollar.

“China’s using their monetary system as a system of control,” Davidson said.

“And they’re proposing to link their central bank digital currency to their social credit system where they know virtually everything about everyone – they could filter all the transactions and essentially say, yeah, we’re not going to bank those people.”

China’s social credit system is essentially a set of databases and initiatives that track and gauge the “trustworthiness” of individuals, companies, and government entities, with each entry given a rating, and then either rewarded or punished based on the score. It has drawn fire for serving as a tool for the regime to control almost all aspects of its citizens’ lives.

“Sadly, in the United States of America, there are people that look at that and go, ‘Oh, that’s great, we would love to have it.’ That’s scary,” Davidson said.

Davidson said a key feature of the way currency in the United States has been used is to provide a “permissionless” means of settling transactions, meaning that there is no third party that monitors and adjudicates transactions between people, ensuring privacy and limiting opportunities for the government to control its citizens’ behavior.

“If you look at the United States system, and our Bill of Rights, we’ve celebrated and defended civil liberties and freedom,” Davidson said.

“The question on central bank digital currencies to me is, will the United States preserve this feature or will China’s more authoritarian control system be in place because they will use money as a system of control? And historically, we’ve used the monetary system differently,” he added.

While Davidson acknowledged the imperative to fight crime, he said that architects of America’s financial system must, in their design of a digital dollar, find a way to incorporate safeguards to civil liberties.

“We want to catch terrorists, we want to catch money launderers and tax evaders,” he said, but warned against exploiting these priorities as an excuse to turn “money service businesses and financial institutions and banks into part of a surveillance state to collect and report on their customer base.”

China’s central bank is aiming to become the first major monetary institution to issue a CBDC, part of its push to internationalize the yuan and reduce dependence on the dollar-dominated global banking system. A digital yuan payment and settlement system was on Thursday added to the existing payment platforms at the Dalian Port Network in Liaoning Province, marking the first time that digital RMB settlement has been adopted at a Chinese port.

Many analysts say that a CBDC that gains wide acceptance in international trade and payments could ultimately erode the dollar’s status as the de facto currency of world trade and undermine U.S. influence.

Jerome Powell, the head of the Federal Reserve, has said it is more important that the Fed gets its approach to a digital dollar right rather than leading the pack.

“We’re not in a mode of trying to make a decision at this point,” he said Monday. “We are experimenting with technology.” 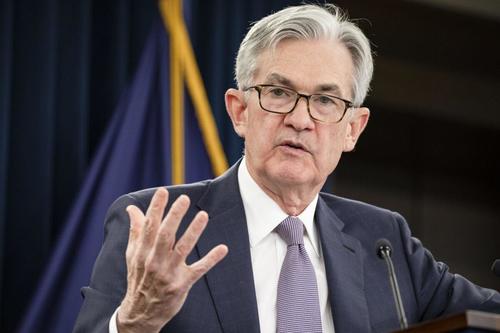 Powell added that given the dollar’s critical role as the world’s leading reserve currency, the Fed has “an obligation to be on the cutting edge” of understanding the costs and benefits of a CBDC.

At the same time, Powell said there was no need for the Fed to rush or “be first to market.”

Powell said the Fed is conducting research through an in-house technology lab, and also collaborating with MIT through the Federal Reserve Bank of Boston, one of its 12 regional Fed banks.

“The real threshold question for us is, does the public want or need a new digital form of central bank money to complement what is already a highly efficient, reliable and innovative payments oriented system?” Powell asked.

There are risks and benefits to digital currencies, the Fed chair said. The benefits include a “more efficient, more inclusive payment system,” while the risks involve cyber attacks, money laundering, and terrorist financing.

There is also the risk that a digital currency could be held by individuals electronically and could therefore bypass banks.

“We don’t want to compete with banks for funding,” Powell said.

Ultimately, Powell said that Congress would likely need to pass legislation allowing a CBDC before the Fed would create one.

“We would not proceed with this without support from Congress, and I think that would ideally come in the form of an authorizing law,” Powell said.

“Information flow and fund flows should be synchronized so as to facilitate regulators to monitor the transactions for compliance,” he said.

The European Central Bank is also exploring the introduction of a digital euro within the next five years.