Via Planet Free Will News,

“That so many people needlessly lost their lives because of the failed policies of Governor Cuomo’s administration – an administration that many have lauded over the past year – is tragic and deserves a full investigation and accounting,” reads the letter sent to Sen. Dick Durban (D-Ill), chairman of the Senate Judiciary Committee. 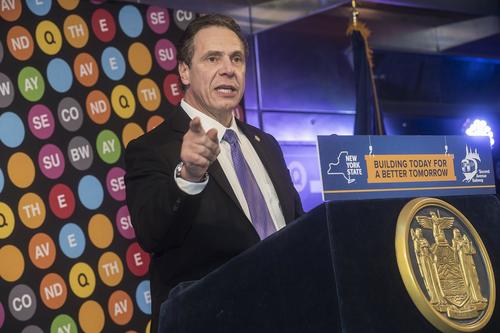 Last week the New York Post reported that Cuomo top-aid, Melissa DeRosa, told a group of lawmakers that Governor Cuomo and his senior staff engaged in a deliberate cover-up of New York’s nursing home COVID-19 death numbers out of fear that it would be “used against us” by the Trump Justice Department.

It was also revealed in a separate report by the Associated Press that the Cuomo administration sent over 9,000 elderly coronavirus patients back to their long-term care centers while the administration reported these facilities had only admitted 6,000 patients.

At the onset of the pandemic, a Cuomo directive ordered nursing homes to accept residents recovering from COVID-19 after they were discharged from hospitals, a decision many blame for spreading sickness and a high death toll among residents.

“These new revelations, however, that Governor Cuomo’s administration withheld information from the Department of Justice and intentionally misled federal officials to avoid political accountability is more than irresponsible: it is very possibly criminal,” the GOP letter goes on, adding:

“Those who deliberately withheld – or directed others to withhold – material information from the Department of Justice may be guilty of obstruction of justice, violating the False Claims Act, and numerous other criminal violations.”

The letter calls on Durbin to open an investigation and hold hearings on the matter because:

the “American people deserve to know the extent to which Governor Cuomo and his senior staff violated the civil rights of New York seniors, lied to the Department of Justice about their actions, and violated federal civil and criminal laws in the process.”

The GOP letter comes on the heels of reports claiming the FBI and US attorney’s office in Brooklyn have begun an investigation into the governor and his administration’s handling of nursing home death data. The investigation was opened shortly after Democratic state Assemblyman Ron Kim, whose uncle died of COVID-19 in a nursing home, accused the governor of threatening him over his criticism of the handling of state nursing homes during the pandemic.

NY Democratic Assemblyman Ron Kim, whose uncle died in a NY nursing home: @NYGovCuomo called and “berated me, yelled at me. He told me that my career would be over [if I didn’t ] lie and … asking me [to cover up a] crime” pic.twitter.com/uHKopiIeDW

Read the entire GOP letter below: