Seaspiracy is a shocking, flawed, yet critical film. It should set the market thinking about what sustainability really means, addressing how we skirt the real issues on climate change and environmental degredation. It should provide a much-needed kick up the a**e to box-ticking ESG investment stupidity.

It’s the weekend, so I am allowed to have a rant…

If you haven’t yet watched Seaspiracy, the Netflix shock documentary about the global fishing industry – then I suggest you do. It is an impact film. It might just be the most important documentary you watch this year. If you think the global environment matters, and you aren’t watching what’s happening to the oceans, then you are looking in the wrong direction. 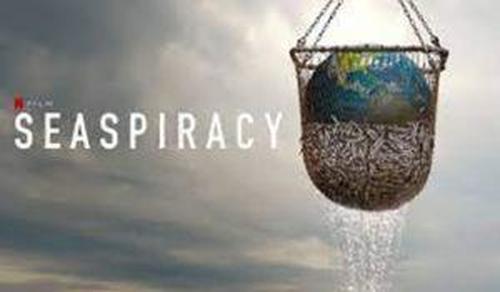 Ostensibly Seaspiracy is a shock-doc about how the fishing industry is destroying the planet. For the purposes of the Morning Porridge, it’s about the exposure of greenfoolery on a massive scale – waking us up to difference between what we think we know, and what we don’t. We unquestioningly accept fishing is good and wholesome, enabling bogus ideas and concepts that claim to support the environment, but which are little more than environmental, and often financial rip-offs.

Seaspiracy should set you thinking about the scale of damage being done to the global environment and economy that we are doing nothing about in the Oceans. It is going to shake many long-held opinions about focus, direction and sanctions within the ethical investment industry. Basically, forget saving the planet if we don’t save the oceans first.

Last night I sat down to watch Seaspiracy. I’d already read about it. It was not easy viewing.

There have been a lash of accusations that interviewees have been taken out of context, their quotes misused and manipulated to make them appear foolish. Many of the facts it glibly presents have been questioned. It’s been made in the style of Michael Moore on crack-cocaine, spiced up with exaggerated naivety and fantastically done shocking cinematography. Call me a cynic, but it feels like the young director Ali Tabrizi, a Brit, carefully choregraphed his run-ins with authorities for best dramatic effect. For every positive comment about the film, there is dissent.

None of that matters. It is still a film you must watch.

What matters is the film raises some very real, troubling and difficult questions for an investment community besotted with buzzword concepts like sustainability, environmental protection and social responsibility. If you are stressing about planting a tree every time you fill up the Range Rover – as I do – then you are probably worrying about all the wrong things. The environmental damage inflicted on the oceans is a magnitude higher than everything happening on land – and we are doing nothing about it.

If we want to clear CO2 from the atmosphere – then protecting the oceans will be the way to do it.

I’ve written before about the need for ocean clean-up and protecting it from plastic pollution. As a sailor, I’ve seen plastic floating in the English Channel and Irish Seas. I’ve joined beach-clean ups. I’ve refused plastic straws and use metal drinks bottles. And I’ve been pretty much sating my conscience and doing zero good.

The reality is the bulk of plastic pollution at sea is from the fishing industry. 46% of the plastic floating in the oceans is discarded fishing nets. (I should know that; I got one wrapped around my keel a few years ago, it took lumps out the trailing edge.) Plastic straws are 0.03%, but it’s good for the middle classes to feel they are doing something. Mrs Middle-Class Putney will stop her kids drinking SunnyD with its little plastic straw, tell her friends to join her in saving the planet, while feeding her little darlings fish fingers caught by the Atlantic Dawn – check out the trawler from hell.

We really do need to think about the oceans and the effect we are having on them. 70% of the planet’s surface is Ocean. Its role in CO2 absorption is increasingly understood to dwarf rain forests. It’s an incredibly complex biosphere. It relies on whale poo to fertilise plankton, which sequester carbon before sinking to the bottom, aided by the movement of marine like up and down the water column creating powerful downdrafts. It’s a delicate organic machine we barely understand. Yet we rip it up on a daily basis – as the documentary makes absolutely clear.

Some of the filming is shocking – like the butchery of whales in Japan and The Faroes. However unpalatable watching whales being slaughtered is, Mr Tabrizi gives a thoughtful Faroe whaler time to make ethical points questioning the moral equivalency of the killing of a single porpoise versus the death of a 1000 chickens. It’s a very moot point – man is an omnivore, we kill animals as part of our diet. There are sustainability implications around the killing of a wild animal for versus the costs of raising and then slaughtering thousands of battery chickens.

But what’s going on in the oceans beggars belief. 2.7 trillion fish being hoovered up from the seas every year, much of it being “by-catch” which is thrown away dead. Bottom crawling trawlers ripping up 3.9 bln acres of sea-bed and everything living on and off it every year. The unsustainability of “sustainable” fish farming and the waste it produces. The destruction of coastal mangroves to factory farm shrimps and prawns. The social costs of fishing slavery. It’s all there in the film.

Then there is the money being made from sticking “dolphin friendly” or “sustainably caught” on tins of fish. None of it means anything. Spokesmen for the organisations that validate such claims were interviewed and said some foolish things – which are used in the film. They were unfairly ambushed – but that’s not the point. There is no guarantee that tin of tuna didn’t cost dozens of dolphins and hundreds of sharks their lives.

Claims that current industrial scale fishing is “sustainable” were conclusively debunked by the programme. Sustainability is a buzzword glibly used around the globe to greenwash environmental destruction. It’s been very easy for the markets to persuade itself its doing good because it uses terms like sustainable. That is not enough. 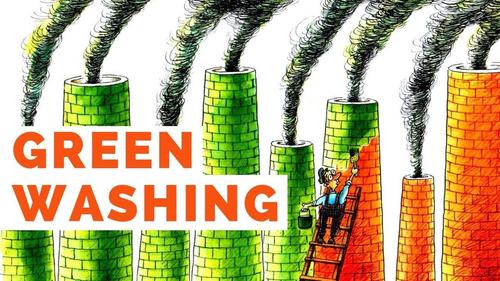 I’ve gotten myself into trouble a number of times over ESG investment, Corporate Social Responsibility and Sustainability.

I was asked to take part in an ESG panel last year, but the invite evaporated after I sent the organisers some Morning Porridges criticising the basis of ESG investment, suggesting it has become a series of formulaic, bureaucratic box-ticking excuses for ill-considered investment decisions.

I’m happy to say it again. Whole swathes of the “ethical investment overlay” are anything but. They dominate investment committee thinking. Much of it is overkill, stifling debate and discouraging questions. To me, it’s dead simple: invest in companies where the management understands and commits to doing good.

I got into particular trouble with one fund last week after I suggested BAT might deserve a second look. Yes, tobacco is bad, and smoking kills. But, smoking is a personal choice, BAT pays its farmer suppliers in developing nations fairly, supports them to farm sustainably, and is investing heavily in less unhealthy smoking options. The fund manager unsubscribed – offended I would suggest it.

If you are sitting on a bank’s ESG desk, or a CSR investment committee, or claim to care about climate, the environment, social or animal welfare…. then you really need to keep learning about it in the broad sense. I think Seaspiracy is a flawed film, it looks and feels staged, and it’s clear some of it is out of context – but it’s still a critically important documentary that should set you thinking…

This morning’s rant is not about the small fishermen we see on TV plying their trade from quaint Cornish harbours, but the industrial pillage of the sea by massive factory trawlers. Yet, the local guys will no doubt suffer as the middle classes turn on them.

This morning I “trawled” the internet for reviews of the programme. It was fascinating – I came across well written articles from popular mass-market magazines like Hello and Marie-Claire that chock full of quotes from readers who’ve watched Seaspiracy saying things like: “have given up eating fish with immediate effect”, “fishing is responsible for climate change”, “we’ve been kept in the dark”, or “the world is ignorant to the truth”. My daughter – who demanded I watch it – isn’t going to eat fish ever again.

It’s a film that is already having an impact.

Personally – I live near to a brilliant fishmonger, and I know they collect direct from small local boats. But I might not be buying frozen prawns again, and I’ve gone right off  the sashimi-quality tuna that’s sustained us through lockdowns.

California Is Worse Than You Think