Authored by Samuel Allegri via The Epoch Times,

Greyhound CEO David Leach told Homeland Security Secretary Alejandro Mayorkas that migrants released into the country must demonstrate that they don’t have the CCP virus. 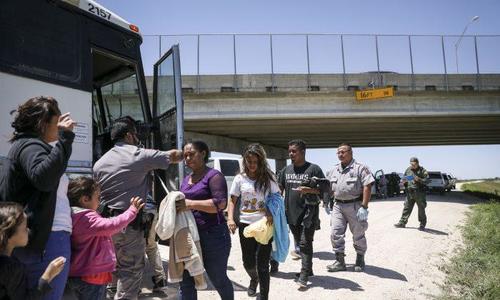 The letter, obtained by Border Report, was sent on Wednesday, around the time when it was reported that more than 100 illegal immigrants that had tested positive for the CCP (Chinese Communist Party) virus were released into Texas since late January by Border Patrol agents. The CCP virus, commonly known as novel coronavirus, causes the disease COVID-19.

“Our top priority is the safety of our employees and passengers,” Leach wrote on his letter to Mayorkas.

“We need assurance that any detainees released by ICE have proof of a negative COVID-19 test, similar to the proof required for international airline passengers who arrive at US ports of entry. Greyhound already asks our customers to stay home and NOT travel if they are not feeling well or have been diagnosed with COVID.”

The Greyhound CEO also requested funds from the Biden administration to reposition buses and drivers from different areas.

“However, migrants simply do not have that choice unless the government or their sponsors house them while they quarantine. Therefore, it is critical to public safety that ICE provide 100% assurance that no one released that can be reasonably expected to ride a Greyhound bus be infected with COVID-19 (or mixed with other potential passengers that have tested negative),” Leach wrote. 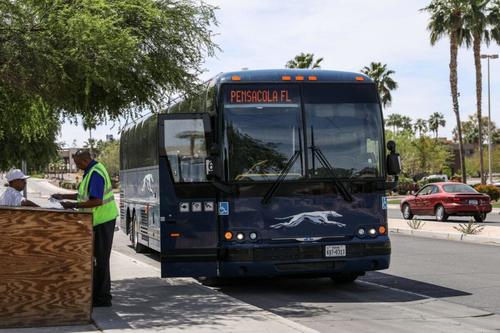 A Greyhound bus picks up about 18 Central Americans who crossed the border illegally days ago, in Yuma, Ariz., on April 14, 2019. (Charlotte Cuthbertson/The Epoch Times)

Felipe Romero, a spokesperson for the city of Brownsville, Texas, told Fox News that 108 migrants have tested positive for the CCP virus since Jan. 25, when rapid testing began. That represents about 6.3 percent of the total illegal immigrants who were rapid-tested at Brownsville’s bus station, the official said.

Romero told Fox that the city doesn’t have the authority to stop migrants who test positive for the virus from traveling anywhere else in the United States, although officials have advised them to quarantine and follow federal health guidelines.

“The City of Brownsville continues to follow all guidelines provided by the CDC and [Department of State Health Services] for COVID-19. The migrants who test positive at the B-Metro facility are advised of quarantine procedures and are asked to socially distance,” Romero also told Telemundo.

“Border security is strictly a federal responsibility. The federal government alone has the responsibility to test, screen, and quarantine illegal immigrants crossing our border who may have COVID,” he said in a statement on Thursday.