As we detailed earlier, futures were down quite sharply to start the overnight session only to stage a significant recovery to current highs (perhaps on the back of a lack of glaring clearing issues… for now… appearing over the weekend). 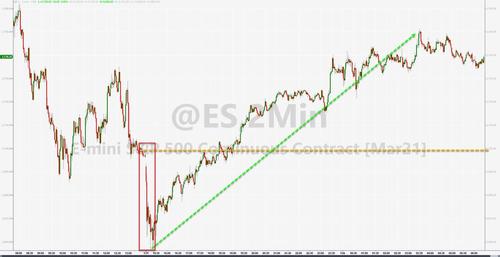 However, as SpotGamma notes, despite this move higher the options structure deteriorated, and we will need to see some fairly strong call flows to help reign in volatility (puts above 3750 were net closed/rolled on Friday which relieves some of the selling pressure >3700).

Both of which fit with our warning from Friday that there has been a ‘phase reversal’ in the options market. From total and utter panic-buying of calls (relative to puts)…the explosion in the “weaponized Gamma” phenomenon of markets, largely due to the democratization of trading and access to information (e.g. options mkt gamma “pinch points,” short interest as a %age of float in single-name Equities) – which previously was really only followed in institutional corners, but is now accessible by hoards of retail traders playing video games with stimmy checks and free trades—was all part of the overall “risk-on” sentiment tailwind 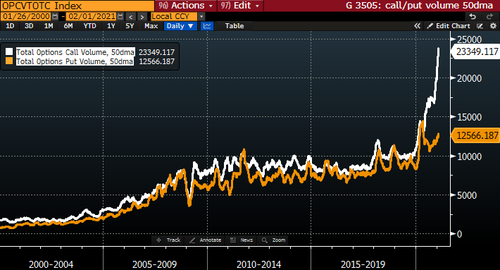 Critically, the ‘gamma-squeeze’ may have been wrung out as Nomura’s Charlie McElligott notes that there is now absolutely no “crash up” being priced whatsoever on a US Equities Index level. 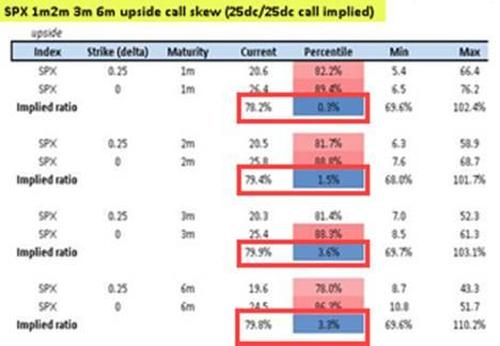 …Or more ominously, the vol market is saying we are at risk of outright “crash down.”

As the Nomura strategist notes, it is certainly safe to say that nobody stress tests their books to experience 13 SD moves in “Crowded Longs vs High Short Interest” (since ’06)….or “Short Interest” factor to see a  10 SD move…as we showed after Wednesday of last week, which is why we’re looking to the analogs here for some guidance. 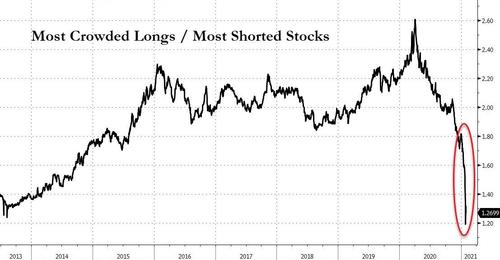 Ultimately, going from a point of “sustained extremely bullish sentiment” to a “hard purge” in said sentiment in short order means the go-forward comes down to what funds are forced to do with remaining exposure, and how susceptible short books are to continued de-grossing – either due to move “sensitive small cap” type names being in the crosshairs (and if there is still positioning there at risk), OR, if we were to see a larger index level move lower, which could then generate additional long selling / net down like we experienced mid- to back- part of last week.

As SpotGamma concludes, you can see below in the green 3750-3800 box there is just a “void” of options positions and we hold little directional conviction if markets enter that zone. 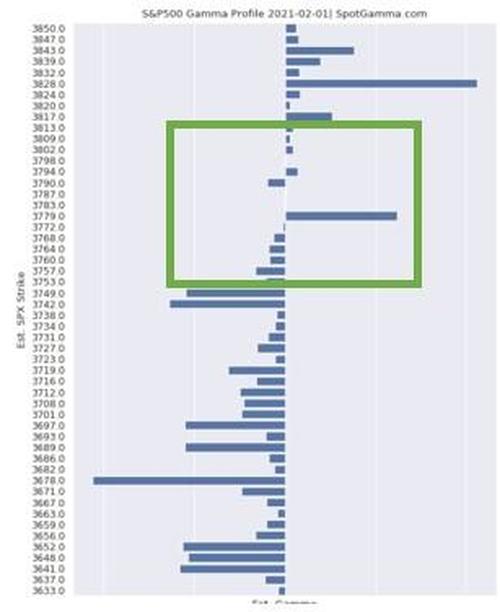 Implied volatility (ie VIX) is the key lever at this moment.

Should we see the VIX break 30 to the downside then the SPX may make a quick move to 3800 resistance. The zero gamma critical support level down shifts to 3740, should that level break then 3700 becomes the target.