Has The Robinhood Exodus Begun?

There’s no telling how many Robinhood users are infuriated with the discount brokerage after last week’s GameStop snafu following trading restrictions and forced liquidations. Still, the evidence is mounting of a possible mass exodus.

First, Google spent late last week removing nearly 100,000 negative reviews from the Robinhood app in the Google Play Store. Disgruntled Robinhood users, many of whom were restricted in buying GameStop shares or options or were forced to liquidate after the “mother of all short squeezes.”

Here’s a screenshot from the Google Play store when Robinhood had a one-star rating and nearly 275,000 reviews: 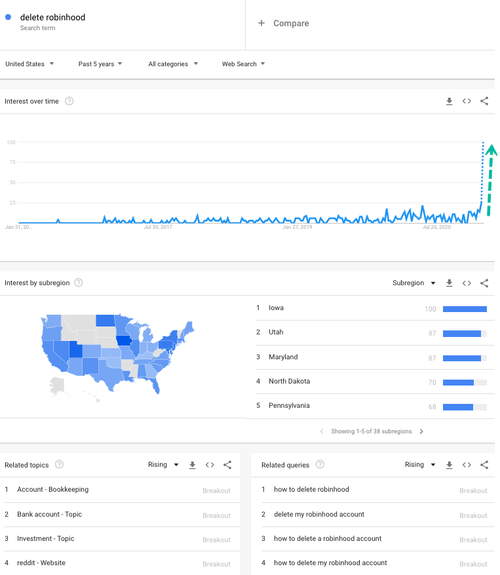 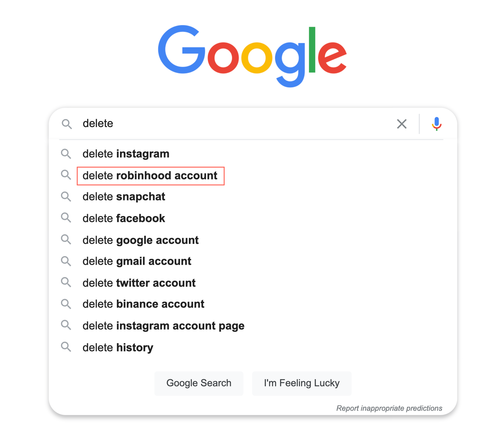 Someone created a petition on Change.org titled “Remove Robinhood From App Store,” which already has 32k signatures, with the needed goal of 35k. 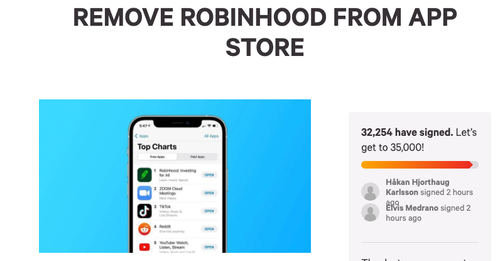 It’s clear that Robinhood doesn’t want individuals to make their own decisions, but large institutions like hedge funds can do as they please.

Robinhood is in CLEAR violation of Apple’s Terms of Service to “plan or engage in any illegal, fraudulent, or manipulative activity.” You can find Apple’s full terms of service here: https://www.apple.com/legal/internet-services/itunes/us/terms.html

Robinhood MANIPULATED the market today, and this is completely unacceptable. We need to remove Robinhood from the App Store. Move all your funds out of Robinhood today, do not give them your business.

… and an interesting few tweets from Tesla Uber-Bull Ross Gerber on the subject:

“Robinhood is basically not letting people trade anymore. This is the precursor to a potential BK filing on Monday morning. They’ll be calling their VC backers for billions more this weekend. And when they say No… this is like LTCM,” Gerber tweeted.

He said, “So if Robinhood goes under the SEC will freeze all the accounts. The SIPC protects up to $500k in accounts. It takes months to unwind and get your money back. Move the money now. This could become a nightmare.”

“Robinhood is dealing with the classic run on the bank scenario. Everyone wants out but they can’t process it fast enough depleting needed capital as fast as they can get new VC Capital in. So they need to put up more margin and they are losing Capital out the door,” Gerber warned.

Something bad is about to go down at Robinhood…

Nissan Preparing To Build Its Own “Gigafactory” In The U.K.