Hawaii Declares State Of Emergency In The Wake Of Damaging Floods

Ige said the declaration speeds up the state’s process to spend funds and dispatch first responders to affected areas.

“The declaration supports the state’s efforts to provide quick and efficient relief of suffering, damage, and losses caused by flooding and other effects of the heavy rains,” the governor said.

I’ve just signed an emergency proclamation for the State of Hawai‘i after heavy rains and flooding caused extensive damage to both public and private property across the islands. (1/2) pic.twitter.com/IPiXBznuwh

The emergency order was declared after a dam overflowed on the island of Maui. Flooding wiped out homes, caused landslides, and left some areas completely devastated.

The emergency declaration covers Maui, Kalawao, O’ahu, and Kaua’i and continues through May 8.

The Honolulu Department of Emergency Management evacuated people in Waleiwa, a North Shore community in the Waialua District of the island of Oʻahu, earlier this week and placed them in emergency shelters.

Over the two days, the National Weather Service reported the following rainfall totals:

In Maui, heavy rains damaged roads and battered bridges. Hawaii News Now reported two people had been swept away in the floods on Tuesday. One was rescued, and the other remains missing.

“Intense rain across much of Hawaii led to flash floods and mudslides from Monday into Tuesday, hitting the island of Maui especially hard. Some residents are reporting this is the worst flooding they have seen in over 25 years in Hawaii,” tweeted AccuWeather.

Intense rain across much of Hawaii led to flash floods and mudslides from Monday into Tuesday, hitting the island of Maui especially hard. Some residents are reporting this is the worst flooding they have seen in over 25 years in Hawaii. https://t.co/vdhc4lVLEo pic.twitter.com/euwKIRjmzB

“As Hawaii wakes up, we reflect on how past few years we survived Hurricane & Tsunami Warnings without damage, but now a rain system slowly passes islands leaving behind catastrophic devastation to homes & businesses statewide! Check out flooding of Laie and @polynesia Cultural Ctr,” said one Twitter user. 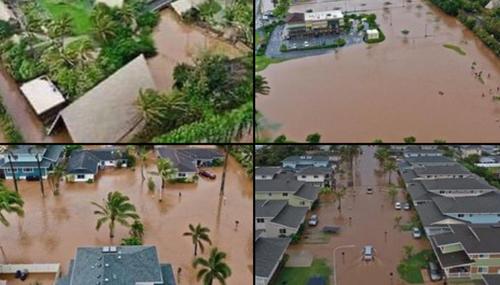 Drone footage of the flooding in Haleiwa.

Some areas were completely devastated. 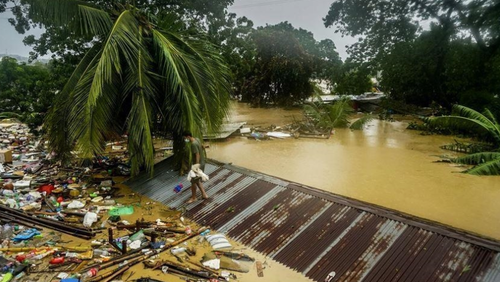 A street in Maui was ravaged by flooding.

Our Oligarchs’ Crisis Of Confidence

Washington Is Misreading Russia at the World’s Peril