Back in the summer of 2019, a series of unprecedented personnel shake ups rocked the New York Fed, also known as the most critical Fed due to its direct involvement with capital markets, which a year earlier had appointed former San Fran Fed president and career academic John Williams, a Ph.D economist and Fed lifer, as its new figurehead president to replace Bill Dudley. In a move that shocked Fed watchers, the two most important people at the NY Fed, Simon Potter and Richard Dzina, announced with just a few days’ notice that they would be quitting in what we subsequently learned was their termination by the inferiority complexed Williams.

In late May, Mr. Williams announced the departure of Simon Potter, head of the markets desk since 2012, and Richard Dzina, head of financial services. They had joined the New York Fed in 1998 and 1991, respectively. People familiar with the matter said the exits had less to do with particular policy disputes than with tension over day-to-day management issues.

The way Mr. Williams executed the abrupt departures rattled upper management and sank staff morale, current and former staffers said. Mr. Potter learned of the decision from Mr. Williams shortly before he was to deliver a keynote address in Hong Kong that had already been announced.

At a going-away party at the New York Fed’s headquarters, Messrs. Potter and Dzina received an extended ovation that kept Mr. Williams waiting offstage to address attendees. “It was maybe three minutes,” said one attendee. “It is hard to describe how awkward the air felt.”

Not surprisingly, just a few months later, the hapless Williams – now without Potter by his side – faced the biggest financial crisis in recent years (until the Covid pandemic of course), when the repo crisis struck and for a few critical hours NY Fed president Williams had no clue what to do or how to restore market confidence:

Mr. Williams’s team was making its moves without key leadership after he ousted two veterans.

“Market confidence in the New York Fed markets desk is critical, and a series of events here have, let’s say, dinged confidence in the operations,” said Ward McCarthy, chief financial economist at financial-services company Jefferies LLC. “It’s important that the confidence issue be addressed before it becomes a more significant problem.”

Mr. Williams in the interview defended the bank’s response, saying, “We diagnosed it right, and Lorie and her team worked with others to get that done and get it done quickly.”

Some analysts said that the Fed ultimately made the right calls but that the incident showed officials had miscalculated the quantity of reserves needed in the system and how tight funding markets would get as a result.

“The lack of response on Monday was unnerving,” said Mark Cabana, head of short-term interest-rate strategy research at Bank of America Merrill Lynch. “They came in on Tuesday, but they came in too late.”

In any event, why was the unexpected departure significant?

Because Simon Potter was the brains behind the actual execution of QE and the Fed’s various indirect trades (using a hedge fund and market maker that has made quite a few headlines in recent days) as the head of the NY Fed’s Markets Group, he was the head trader for the infamous plunge protection team (PPT). Potter’s intimate knowledge of how the Fed “interfaces” with the market also made him an extremely valuable commodity and is why one year later, Potter ended up joining one of the world’s best hedge funds, Izzy Englander’s Millennium Management.

Eventually, more than half a year later, in February 2020 just as the covid pandemic was set to crush the stock market,  Williams finally found a replacement for Potter when he hired Daleep Singh, an economist who previously served at the Treasury Department, who was tasked with the massive challenge of running the NY Fed’ markets group; effectively a bureaucrat was in charge of micromanaging the most important capital markets in the world. 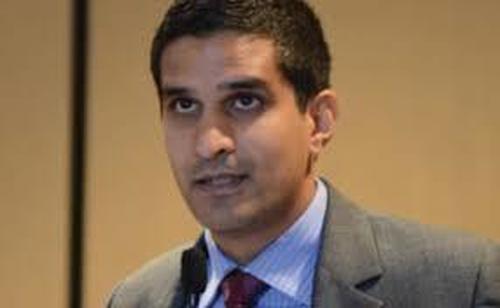 But not for long, because fast forwarding to today, just a little over a year after he was hired, Singh announced his resignation from the NY Fed to join the Biden Administration as Deputy National Security Advisor and Deputy National Economic Council Director.

Here is the full press release:

The Federal Reserve Bank of New York today announced that Daleep Singh has stepped down from his role as Head of the Markets Group and will be leaving the Bank in mid-February to join the Biden Administration as Deputy National Security Advisor and Deputy National Economic Council Director. Anne Baum, Head of Central Bank and International Account Services, will serve as interim Head of the Markets Group and the New York Fed will launch a search for his successor in the coming weeks.

“Daleep brought his dedication to public service and leadership skills to the New York Fed and had a meaningful impact during his tenure,” said John C. Williams, president and chief executive officer of the New York Fed. “Over the past year, Daleep has played a critical leadership role in the emergency facilities the Fed launched in response to COVID-19. I’m thrilled that he will continue to leverage his knowledge and expertise in support of economic policy at this important time.”

Mr. Singh joined the New York Fed in February 2020. As Head of the Markets Group, he focused on bringing together policy, strategy, analysis and operational effectiveness. He also served as a member of the Executive Committee.

The problem is that while Singh had no prior capital markets experience and was merely a figurehead, his temporary replacement, Anne Baum is even more clueless.

Which means that for the next several months, the world’s most important trading desk will be without a head trader. And while that shouldn’t be a problem if the markets keep going up, for the sake of the Biden administration – and crony capitalism in general – let’s hope that the NY Fed does not encounter another market crisis that needs more than a token academic figurehead at the helm to know what to do to restore market calm.

Steve Bannon’s War Room: Rabbi Aryeh Spero – “We Can’t Give Up – We Still Believe in the American Way – Don’t Forget Our Truth!”