Health experts have warned that there is a direct correlation between obesity and higher COVID-19 death tolls across the globe, findings that will not jive well with the woke trend to promote being overweight as ‘body positivity’. 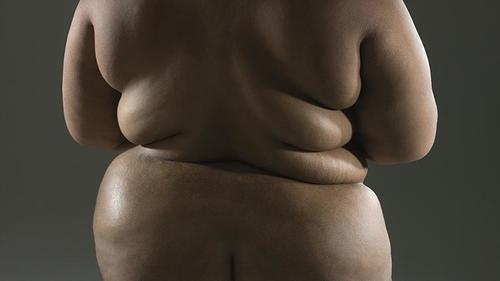 The London Telegraph reports that a study of 100 countries by the World Obesity Federation found that 2.2 million of 2.5 million deaths occurred in countries with high levels of obesity.

The study noted that death rates were discovered to be 10 times higher in nations where more than 50% the population was overweight.

According to the study, in countries without obesity problems, the death rate from the virus was no higher than 10 per 100,000 population.

“We now know that an overweight population is the next pandemic waiting to happen,” noted Dr Tim Lobstein, the author of the report, senior policy adviser to the World Obesity Federation and visiting professor at the University of Sydney.

The new study backs up findings from Lancet published research last year which noted that obesity increases the risk of death from Covid-19 by around 50 per cent.

The findings have prompted stark warnings from the World Health Organisation, with Dr Tedros Adhanom Ghebreyesus, the director-general noting “This report must act as a wake-up call to governments globally. The correlation between obesity and mortality rates from Covid-19 is clear and compelling.”

The CDC has also warned that obesity is a clear factor in coronavirus death rates.

The CDC says being obese puts you at greater risk of dying from coronavirus.

How many lost lives is the “body positivity” movement – which framed an unhealthy lifestyle choice as an immutable, empowering characteristic – responsible for?

All of these scientific facts will likely be ignored by the ‘body positivity’ movement, which promotes being obese as a civil rights cause.

Multinational companies, big tech and the entertainment industry are all on board with the ludicrous woke ideology, with the likes of Instagram promoting obesity while simultaneously refusing content that encourages maintaining healthy fit bodies.

Because it “can make users feel bad about themselves”

The end is nigh folks pic.twitter.com/TuzIQdNhUi

Where are the ads that say “eat responsibly”?

Being chronically obese and putting yourself at risk from horrible diseases is NOT “inspiring”. https://t.co/L5vIRYKAZg

Why bother being a good parent & preventing your kid becoming obese when you can just ban words & hide from reality? https://t.co/9JiOqZL66K

Around 4 million people a year die of diseases related to their weight. Only 60% of these people are obese (rest are just overweight).

Health costs are also skyrocketing due to treatment of obesity-related diseases.

Should the culture be promoting this? pic.twitter.com/OygLOuYSFk

Anyone who dares to promote a healthy lifestyle or campaign against junk food addiction is labeled a ‘fat shamer’:

A wide ranging study by obesity experts in 2014 found that a “desire to improve self-worth” was one of the most important motivating factors encouraging people to lose weight.

The fact is if you’re fat, you are 50% more likely to die from COVID.

Promoting ‘fat acceptance’ is as ludicrous as promoting ‘smoker positivity’.

HHS: the Tip of Biden’s Spear Against Christians