Authored by One River Asset Management CIO Eric Peters, who is up about $2 billion on his massive and pioneering purchase of bitcoin last year.

“The faithful believe in something, cynics believe in nothing, skeptics find the balance,” he continued.

“Western society was built on a foundation of healthy skepticism, and this is quite clearly being lost. It is easiest to observe in Washington which makes sense because the political costs of polarization in today’s world are declining,” he said.

“We increasingly see that as people are drawn toward the cynical and faithful wings of the distribution, the cynics develop their own faith, and the faithful develop their own cynicism. And these passions amplify the tribal conflicts that divide us,” he said.

“This is beginning to manifest in markets, which we are taught should be immune, rational. Having capital at risk forces one to be sober when considering the possible future states of the world, probabilities, market prices, risk versus reward,” he explained. 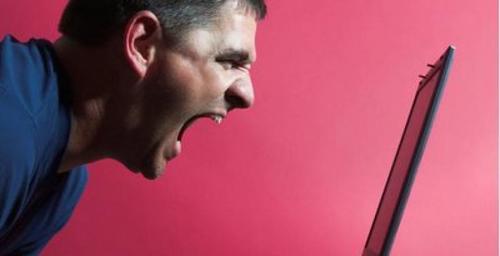 “But then you see GameStop and the January 6th insurrection. They were the same phenomenon, the same pathology, manifesting in different ways, and each will have lasting consequences, tattooed in ink.”

Shorting stocks will never be quite the same.

And the radicalization of political protest has entered a new realm.

“People don’t want to find common ground, they want to fight. People want to destroy the opposing premise. Go to a Reddit board and see what happens to someone who questions Tesla’s valuation,” he said.

“This is spilling over into financial markets more broadly, in ways that fatten the bullish and bearish tails and will increase the frequency of wild outcomes,” he said.

“Markets are beginning to take a new shape – driven by the amplification of faith and cynicism. It is ultimately terrible for society, but vital to see clearly if you must navigate markets. And we’re already starting to see things happen that not long ago were unimaginable.”

Small Businesses Freaking Out About Surging Taxes Under Biden

‘The Storming of the Capitol’: America’s Reichstag Fire?

US Durable Goods Orders Surge In January To Pre-COVID Highs