Several major international brokers have been sued by a Bermuda hedge fund that claims the brokerages coordinated “abusive” naked short selling and spoofing strategies in US and Canadian markets. The suit revolves around the former Concordia Health, which was highly leveraged and ultimately went bankrupt after controversy about price gouging.

CIBC, Bank of America, UBS and TD Bank are among those named as defendants in a lawsuit filed by Harrington Global Opportunity Fund in the US District Court for the Southern District of New York, according to Securities Finance Times.

The suit alleges that the institutions “manipulated markets and drove down pharmaceutical company ADVANZ PHARMA’s (formerly Concordia) share price in 2016”. The company has since recapitalized and rebranded. 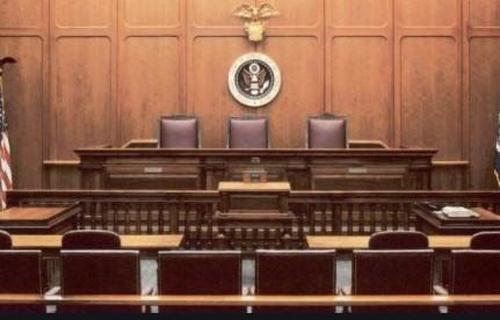 The suit alleges that “several unnamed US and Canadian individuals, allegedly flooded the market with false sell signals by simultaneous naked short selling”. The suit runs of the gamut of naked short selling related allegations, notably that there were millions of “phantom” shares created by brokerages failing to borrow stock before allowing it to be sold short.

Harrington alleges this is part of the reason Concordia’s stock fell from $34 to $2 in just 11 months:

It is alleged that in 2016 there were approximately 238 million shares of Concordia stock that were sold short on the Canadian and US exchanges, constituting around 58 per cent of the approximately 410 million Concordia shares traded during the period in question.

However, Harrington argues that only 40 million shares were actually issued for trading, meaning the short sale turnover rate was approximately 600 per cent.

“The enormous discrepancy between the 40 million shares issued by Concordia for trading and the approximately 410 million Concordia shares traded during this period represents an astonishingly high turnover rate of 1,000 per cent,” the suit says.

Recall, Concordia was a target of well known short seller Marc Cohodes, who in April 2016 took his criticism of the company’s management to national television on BNN.

Subsequent to the appearance, Concordia CEO Mark Thompson sued Cohodes, before stepping down from his position in October 2016 and the company eventually going bankrupt.

Don Jr. and Kimberly Guilfoyle are Rumored to be Moving to Florida – Getting Away from Wicked Socialist Politicians and Policies of New York State