Here Are The Stocks WallStreetBets Is Obsessing Over Today

On Friday we revealed to all those scrambling to find a way to aggregate sentiment on Wall Street Bets (and in some cases paying up to $200,000 for the effort) which has emerged as a surprising marginal price maker across so many US stocks, that there is now a convenient – and free (for now) – aggregator of said data: Swaggy Stocks, which pours through the thousands of comments on the popular financial subreddit and summarizes the result in terms of sentiment, comment volume and various other metrics.

So without further ado, for those curious what are the most popular stocks on Reddit this morning in terms of comment volume and sentiment (as usual overwhelmingly positive except in the case of Boeing) the answer is as follows: PLTR (the recent WSB darling remains the most discussed name), followed by the venerable GME with TSLA and AAPL in slots 4 and 5… 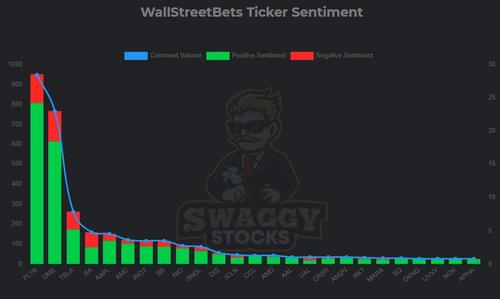 … while curious it appears that the reason behind Boeing’s miraculous rebound today is – you guessed it – WSB, which is now obsessing with the struggling aircraft maker… 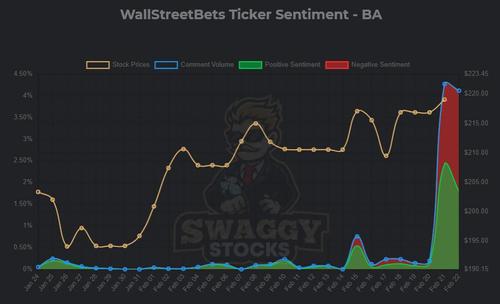 … and has succeeded in ramping its stock back to green for the day. 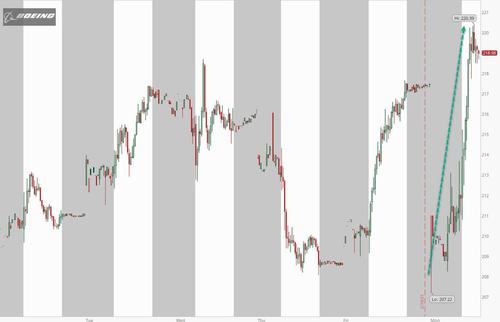 Finally, across the entire reddit, aggregated sentiment remains uniformly bullish and is in fact rising during the day. 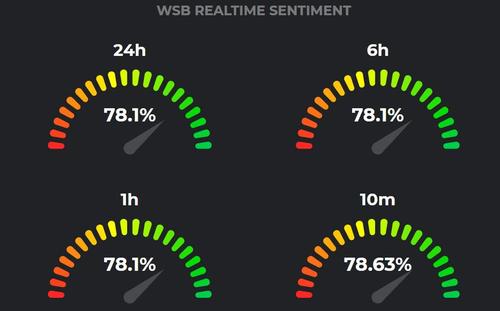