On Monday, congressional Democrats released a budget resolution for FY2021 that, when passed, will give them the option to pass coronavirus relief legislation through the reconciliation process with a simple majority in the Senate without Republican support. After President Biden met with ten moderate Republican senators, the White House quickly signaled its support for passing COVID-relief through the budget reconciliation process, which appears set to begin as soon as today.

If – or rather when – it is approved, Goldman writes this process would pose upside risk to its $1.1 trillion (5% of GDP) assumption for additional fiscal stimulus, although it does not see it rising as high as the initial Biden proposal of $1.9 trillion. 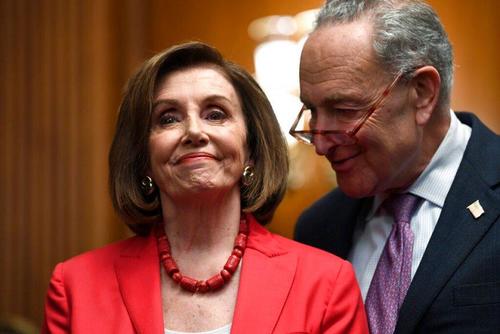 Here is a breakdown of what is coming next, courtesy of Goldman’s Alec Philips

Brace For “Another Volatile Day”