It’s the one question literally everybody has been asking: why didn’t GameStop use the recent spike in its shares to sell a ton of equity at inflated prices?

This morning, it looks like we finally have an answer.

The company felt it couldn’t sell stock during the run up due to “regulatory restrictions”, according to Reuters, who cited three people familiar with the company’s internal deliberations.

This means the company was largely unable to benefit from its market capitalization once reaching as high as $33.7 billion, after trading at $1.4 billion just days prior. The company, with $216 million in net debt, was expected to raise cash – similar to how AMC and American Airlines did when their stock popped – to shore up its balance sheet and stock its coffers.

But it never happened as GameStop “decided it was restricted under U.S. financial regulations from selling shares because it was in possession of significant information about its finances that was not yet available to the public,” according to Reuters.

The information was related to the company’s fiscal fourth quarter, which ended at the end of January. 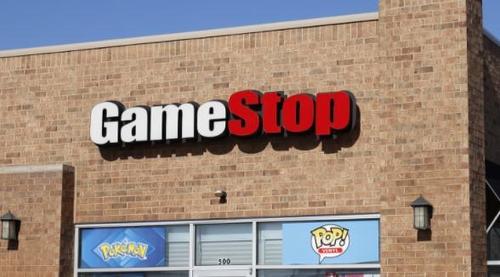 The company already had a clear idea of what the quarter looked like and this information has to be disclosed before the company can undertake any stock sales.

The company did, however, examine the potential for stock sales during the run up. It had already registered to sell $100 million in stock in December, but the company didn’t exercise the option to do so.

It could have pre-released earnings and then sold stock, but “such a move, carried out for the purposes of a stock sale, came with significant logistical hurdles and regulatory risk that the company was not willing to accept”.

The SEC has previously said it would scrutinize how companies take advantage of volatile trading to raise cash.

David Erickson, a finance lecturer at the University of Pennsylvania’s Wharton School, concluded:

“They were two and a half months into their quarter when all this stuff took place. It’s so deep in the quarter that from a legal and corporate governance perspective they would likely be obligated to pre-announce some high-level financial information for the quarter. And that can’t be prepared in just a week.”

In our opinion, this means that GameStop will still likely raise cash, but it may come with the stock at comparably lower prices. The company now has a $3.5 billion market cap, still more than 2x what it was weeks ago. A stock sale here, while opportunistic comparably, likely shuts down the “short % of float” thesis immediately by adding significant amounts of new shares to the mix if it happens.

Ending Anonymity: Why the WEF’s Partnership Against Cybercrime Threatens the Future of Privacy