A Department of Health and Human Services (HHS) whistleblower has revealed to Axios that nearly 2,900 unaccompanied minors have tested positive for COVID-19 after arriving at US government shelters over the past year, according to Axios. 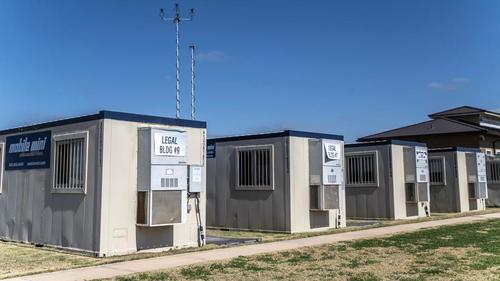 Of those who tested positive, just 3% are currently in isolation after arrival, according to the report, which suggests that the numbers highlight “the staggering challenges in trying to manage a child migration crisis during a pandemic, while weighing human rights and child welfare concerns against immigration laws.”

And while COVID-19 minimally affects children, it’s possible they may transmit the virus to HHS employees. Perhaps more notable is that the Biden Administration’s fear mongering over the ongoing scourge of COVID – requiring us all to make great sacrifices in order to ‘flatten the curve’ and ‘stop the spread’ appears to exclude any effort to stop, or refuse, migrants who bring the virus into the United States.

Since March 24, 2020, HHS conducted 38,932 COVID-19 tests on unaccompanied minors entering federal facilities. Of that, 2,897 had lab-confirmed diagnoses, while 2,578 have recovered and moved out of medical isolation according to the agency. There are currently 319 unaccompanied children in medical isolation.

After crossing the border, unaccompanied minors are first placed in border patrol stations for processing. Customs and Border Protection does not test migrants while in their custody, relying on local public health agencies, nongovernmental organizations and HHS. -Axios

Meanwhile, the Biden administration plans on opening a second facility to house migrant children in Texas after reaching capacity at other facilities. The new shelter in Carrizo Springs, Texas, will be able to house an additional 500 children, and may accommodate semi-permanent living situations in the future.

According to a HHS official, the facility will open as soon as “is ready to safely receive children,” COVID-19 and all.