Hillary Clinton has declared Republicans who are against gun control legislation to be “gun worshippers”, and ridiculed them for being “scared” that their rights are being taken away. 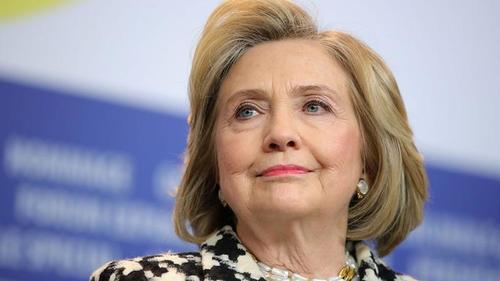 Appearing on her own former communications director’s podcast, Clinton declared “You know, democracy is the balancing of interests and rights, and unfortunately at this time, the gun worshipers have a huge advantage because of the filibuster and because of their shameless exploitation of people’s unwarranted fears.”

We talk so much about the right to bear arms in America. @HillaryClinton wants to change the narrative.

What about the rights of everyone else? The right to go to work, to school, or to the grocery store without fear?

Clinton proclaimed that “The opportunists on the other side, like Cruz and his ilk, they know better and they are in the position of trying to keep people really riled up and scared that sensible gun legislation like we had in the ‘90s for 10 years will somehow undermine their rights.”

“The only gun control legislation that’s ever passed is mine. It’s going to happen again,” Biden Declared.

“The only gun control legislation that’s ever passed is mine. It’s going to happen again,” he told reporters. pic.twitter.com/46CchLrYrb

Brand new merch now available! Get it at https://www.pjwshop.com.

ALERT! In the age of mass Silicon Valley censorship It is crucial that we stay in touch. I need you to sign up for my free newsletter here. Support my sponsor – Turbo Force – a supercharged boost of clean energy without the comedown. Also, I urgently need your financial support here.

Magna Shares Spike, Company Reported To Be “Very Near” EV Contract With Apple