The German city of Ulm has unveiled futuristic insulated sleep pods for the homeless on cold winter nights.

Two of these “Ulm nests” were positioned in Ulm, 75 miles west of Munich, earlier this month. The pods give homeless people an emergency place to sleep as colder weather has blanketed much of Germany. 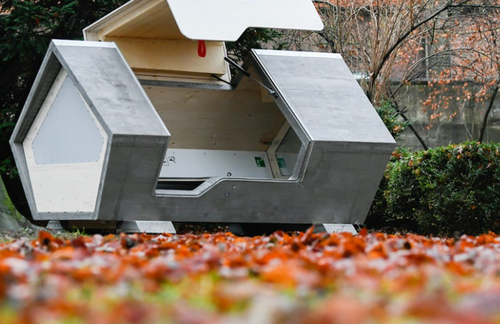 These small shelters are positioned in parks and other strategic areas. Each pod can accommodate two occupants and is made of wood, steel, and plastics. Thermal insulation surrounds the pod’s interior while fresh air circulates, allowing occupants to survive cold winter nights. 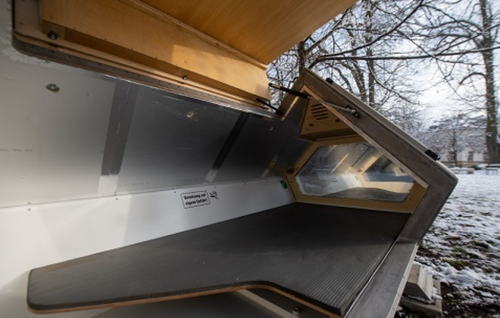 From the initiative’s official Facebook page, they said Ulm nests “are equipped with solar panels, which allows (at least) energy neutral use during the day.” 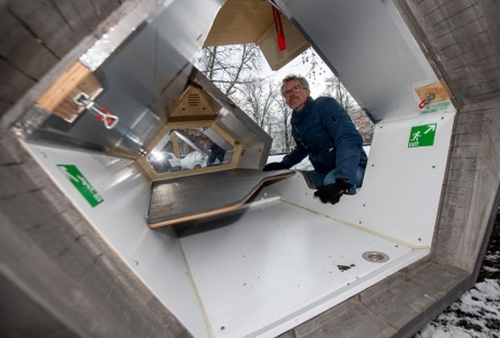 The initiative said each Ulm nest is connected to their internet of things network that alerts the Caritas Ulm-Alb-Donau charity association or Ulmer Nest about overnight stays. The next day, charity members will direct occupants to the city’s homeless service, ensuring they will have the care to get them off the streets. 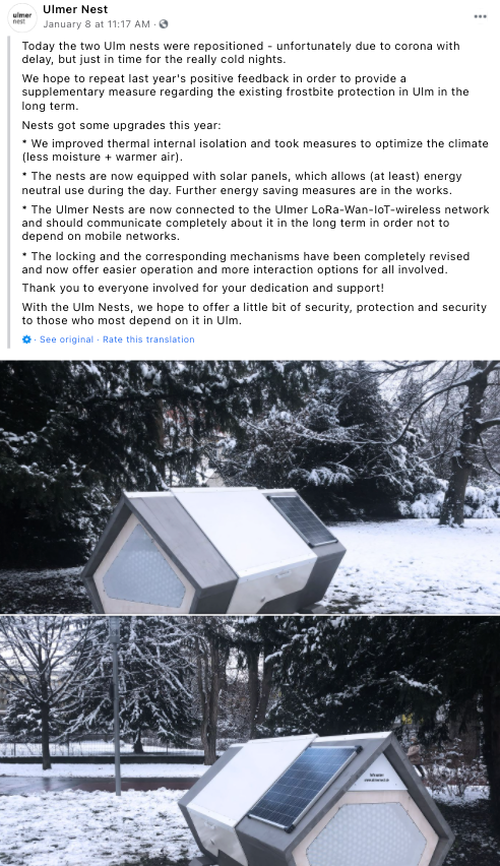 We suspect the popularity of Ulm nest could increase over the coming quarters as the global economy stumbles amid severe virus-related impacts. As BofA’s Michael Hartnett points out, the bursting of the bubble remains the most significant bull risk, the “decade-long backdrop of maximum liquidity and technological disruption has caused maximum inequality & massive social and electoral polarization…value of US financial assets (Wall Street) now 6X size of GDP.” 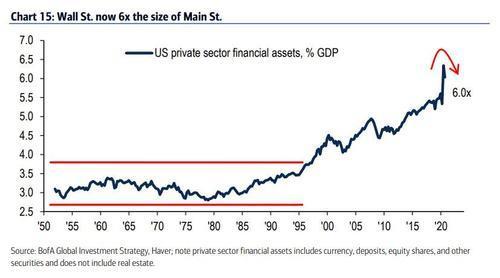 This means that more and more people across the Western world are becoming homeless as central banks have no other choice but to inflate assets to the moon to save what is left of the badly bruised economy In Europe and the US, the deep economic scarring has resulted in millions of jobs permanently lost and the middle class left in ruins.

While these emergency pods could become popular among the homeless, there’s a possibility that down the line, those who can no longer afford tiny homes will find coffin-like pods a cheap alternative.

Will The US Have A Recession Ever Again?

If You Believe Life Will “Return To Normal”, You Have A Fundamental Misunderstanding Of The Times In Which We Live