Just last month we wrote about Jaguar Land Rover’s announcement that its Jaguar lineup will be all-electric by 2025, making them the latest auto manufacturer to commit to producing only electric vehicles. 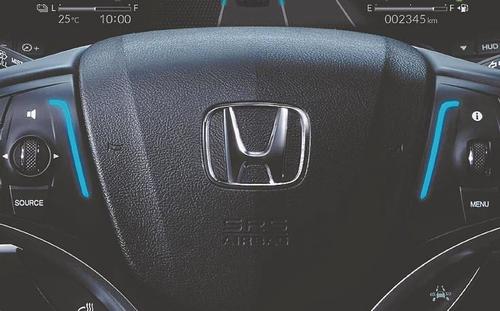 Jaguar Land Rover joined the likes of Bentley Motors and General Motors in announcing it will go all-electric as countries set dates to ban the sale of new internal combustion engine vehicles.

Automobile giant Honda said last week that it will introduce two new all-electric SUVs in the U.S. as part of the 2024 model year and that its most popular vehicles will soon be available in gas-electric hybrid versions, according to the Associated Press.

The two new SUVs—one Honda branded and one Acura branded, will see their underpinnings built through a partnership that Honda and General Motors announced last year, establishing a North American automotive alliance to “help both companies accelerate investment in future mobility innovation.”

Honda of America sales chief Dave Gardner admitted Honda is not as far along in the transition to electric vehicles as some of its peers. He wouldn’t give a firm date as to when Honda hopes to be all-electric, instead telling reporters that the company’s aim is to be carbon-neutral by 2050.

Honda has historically dominated the passenger vehicle market but consumers are shifting towards SUVs and trucks, according to Gardner.

“We’ve got to now focus all of our energies in this direction in order to meet timelines,” Gardner said. “We’re really good at a couple of things that seem to be going out of vogue today, so there’s no doubt that we have work to start moving quickly in the zero-emission direction.”

With Honda’s competitors much further ahead in the transition to all-electric vehicles, the auto giant admits it needs to get the ball rolling if it wants to remain competitive.

Last week, you might have heard that the art market went—as they say in business school—absolutely bonkers. Christie’s cashed in on the mania, setting a new record of $69.3 million for a jpeg, er, digital artwork. The takeaway? Art investing has hit the mainstream. But if you’re anything like us, putting your money in real, tangible art by blue-chip artists makes a lot more sense.

For one thing, contemporary art prices have outperformed the S&P by 152% from 1995–2020 according to data from Masterworks. They were the first platform to let you invest in paintings by the likes of Basquiat, Kaws, and Haring. But what about returns? They’ve got that too: they recently sold their first painting, a Banksy work, for a cool 32% annualized return to investors.

With results like that, it’s no wonder there’s over 25,000 people on the waitlist. Just use our special link, tell them we sent you, and you’ll be good to go.

MUST-SEE: Lara Trump Lays Out the Process Next Week to Cast Aside the Fraudulent Electoral Votes Resulting in President Trump’s Victory (VIDEO)