In the wake of last week’s events in Washington, House Speaker Nancy Pelosi, among others, began discussing the use of the 25th Amendment, amping up the hyperbole by voicing concerns about President Trump launching some kind of attack on a foreign adversary using nuclear weapons in order to create a state of emergency and halt the transition. Those concerns prompted her to contact the Pentagon’s leadership in order to receive assurances that safeguards are in place, assurances she reportedly received. 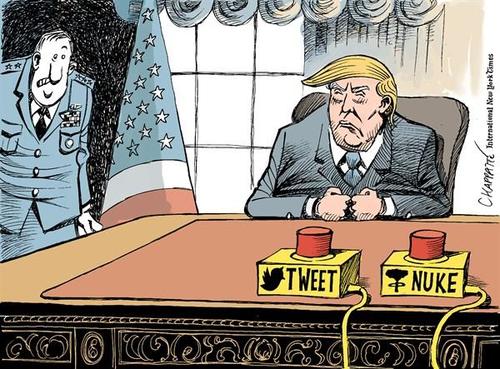 So, that got us wondering, if President Trump decided to launch a nuclear strike, how swiftly could he put things in motion? Would he have the sole power alone to launch a nuclear missile? According to an analysis undertaken by Bloomberg, the U.S. president’s power is absolute in this situation – he or she gives the order and the Pentagon is obliged to go along with it. It remains unclear if that has now changed given Pelosi’s reported contact with the Pentagon’s leadership.

This infographic, via Statista’s Niall McCarthy, provides an overview of the steps necessary to make a nuclear strike happen.

It can take as little as five minutes from the president’s decision to strike to intercontinental missiles launching from their silos. When it comes to submarine-launched weapons, however, it takes a little bit longer – approximately 15 minutes.

Big Tech censorship of Trump and our information