How Are Hedge Funds Positioned Now? Insights From Goldman Prime And UBS

In the aftermath of the great short-squeezed degrossing (and subsequent partial re-grossing which has seen only 20% of the legacy short re-established), there has been a notable pick up in interest in current hedge fund positioning. Conveniently, we have some answers to this question from two of the biggest prime brokers around: Goldman and UBS. 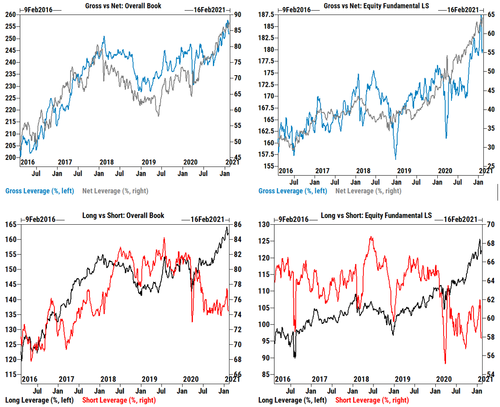 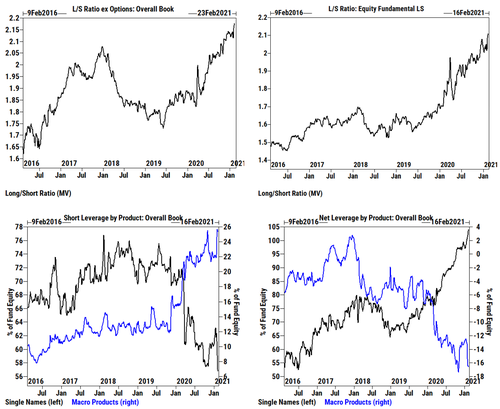 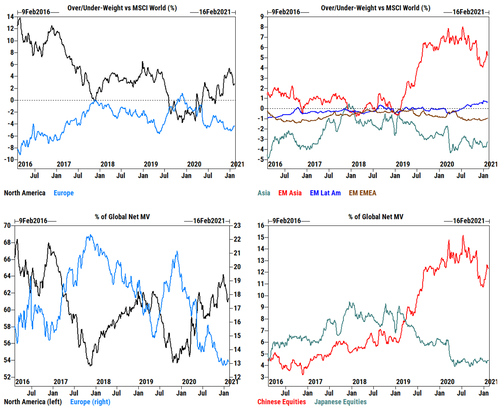 And here is UBS’ take:

January was a negative month for Hedge Funds with the majority of losses sustained in the last week of the month when the VIX jumped to highs of 37. Well-publicized short squeezes in small-cap stocks driven by retail flows resulted in some HF de-grossing and short covering, particularly in the US. It was a month of high dispersion among Equity Long Short funds and the majority ended in negative territory in both the US and Europe. By contrast, Asia-based funds (particularly more directional names) had a strong month due to long exposure in Asia Tech.

Some more details by strategy:

And the visual summary, where the biggest highlight is the hammering L/S funds sustained. 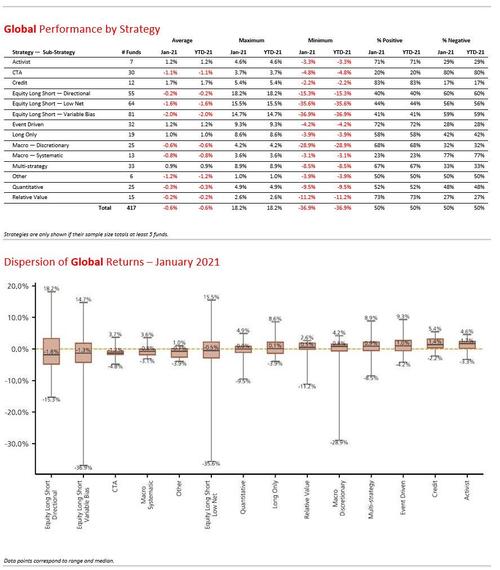 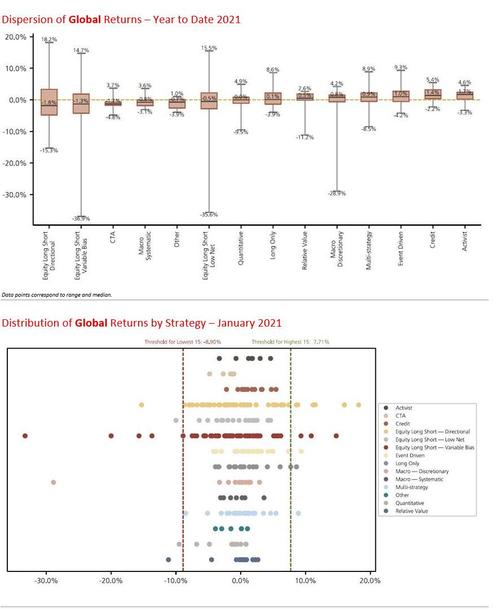 EVIL: Democrats Changed House Rules So They Could Smear President Trump Repeatedly During Impeachment Sham as a Racist and “White Supremacist-in-Chief”

Melvin Capital Down Another 7% In March, Brings Q1 Loss To 49%