It can be tough to live in a country where you don’t like the president. Luckily, our friends on the left have shown us how to handle this situation with grace and class over the past four years. 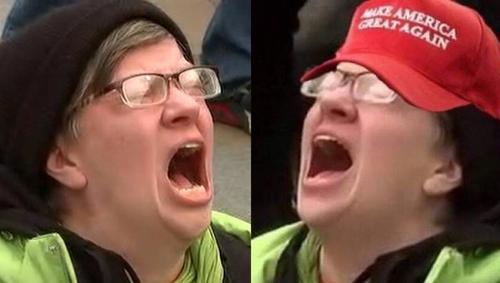 Here are 15 easy ways to cope when you don’t like the president:

1. Put on a neon vest and shriek at the sky.

2. Accuse him of colluding with a foreign adversary with no evidence while sleeping with a Chinese spy.

4. Riot in every major city, set fires, and loot for weeks on end for like 6 months going strong – but whatever you do, DO NOT riot at the Capitol or you’re a traitor.

5. Make every late-night show joke some variation of  ‘your president bad.’

6. Have all comedians stop doing comedy and instead spend every waking minute tweeting at the president with some sort of expletive-laden Braveheart speech. Get Stephen King to do it too.

7. Immediately assume half the country is secretly Nazis.

8. When dining out, scream at all the other diners that we now live under a dictator between bites.

9. Take 12 months worth of hormonal birth control at once and scream into your camera.

10. Get a permanent face mask with ‘stay 6 feet away’ printed on it.

11. Keep all of your friends and family that agree with you close enough to hear the echo in the room.

12. Research every actor and musician to make sure they all align perfectly with everything you believe before enjoying any of their art.

13. Tell everyone that diversity only counts if it’s for your side.

14. Keep the news on 24 hours a day and never leave the house. Always be on Twitter and your phone. Make sure you know everything the president is doing at all times.

Scream it with us.

“Thank Me Later”: Redditor Leaked A Month Ago That Tesla “Just Bought 800 Million Worth Of Bitcoin”