Approximately one month before Joe Biden was sworn in as the 46th President of the United States, Hunter Biden hired a new attorney to assist with his federal criminal defense. 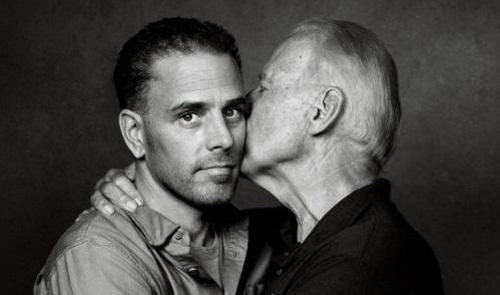 On Inauguration day, one of that lawyer’s colleagues was appointed as the acting head of the Biden Justice Department’s criminal division, according to Axios – and first reported on Friday by Fox News‘ Tucker Carlson.

New: in December, Hunter Biden hired a new criminal defense lawyer. A month later, on inauguration day, one of his close colleagues was appointed as the acting head of DOJ’s criminal division https://t.co/xv8LHEsaop

Of note, the Biden investigation is being run by the US Attorney in Delaware – not the main Justice Department, according to Axios‘ Lachlan Markay – who notes that it “shows the need for stict ethics enforcement right off the bat.”

According to the report, federal ethics laws and DOJ regulations would typically bar McQuaid from working on the Biden investigation without a sign-off from Justice ethics officials.

“Potential conflicts between lawyers entering government and their former clients or firms are quite common,” said Kedric Payne, senior director for ethics at the Campaign Legal Center – who apparently sees nothing untoward about McQuaid’s appointment.

“This situation is one of the many initial tests of Biden’s ethics pledge, which looks great on paper, but time will tell if it is effective in practice,” he added. “Enforcement is essential.”

One can only imagine how the press would cover this if it was Don Jr.

The Dangers Lurking Behind A Digital Euro

Wow. Dementia Joe and Jill Biden Can’t Figure Out How to Pop a Confetti Canon on 2021 New Years Broadcast