If Congress Was Genuinely Interested In Democracy, They Would Welcome An Election Commission

Authored by Tho Bishop via The Mises Institute,

America stands over two months after Election Day, and yet tension remains in the air over the outcome of the presidential race. Legally, little has changed. The full expectation should be – as it has from the start – that Joe Biden will end up being inaugurated later this month. Appropriately, the event will be very limited for the public.

Even still, in spite of the clear legal advantage Joe Biden has, the behavior of various institutions of power is one of growing unease. This is understandable, Donald Trump remains a populist political figure willing to take down any political leader—regardless of party—who does not remain loyal to his convictions that he was the victim of a fraudulent election. As a result, an impressive number of elected Republican officials have remained in lockstep with the president and his team on challenging the results. 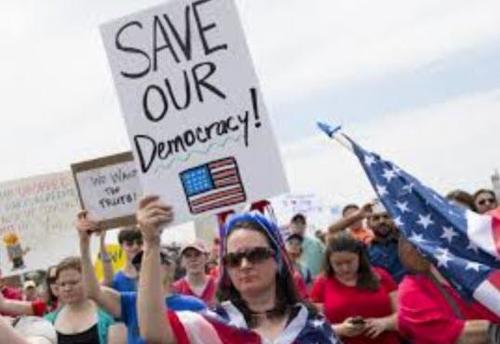 We are witnessing an unprecedented breakdown in political norms, and those who have long enjoyed true, unquestioned power are not reacting well to even a modicum of uncertainty.

The response to all of this is predictable.

The corporate press has been firm on the line that any skepticism about the legitimacy of this election is beyond the realms of acceptable opinion. They have drawn direct connections between questioning the election and their current go-to boogeyman QAnon. Democratic politicians are calling for treating any Republican colleagues loyal to Trump on par with members of the Confederacy during the Civil War. Establishment Republicans whose political relevance has long since passed are trying to remind those still in positions of power that the proper role of political conservatives is to politely surrender to their ideological enemies or else risk the GOP losing the approval of voters who are increasingly beyond persuasion.

While it is fair to question what significant dents the Trump administration has left on policy, the significance of this backlash is worth noting. What we are seeing is a major shift of power within the GOP in which elected Republicans in Washington actually fear the Trump base more than they fear names like McConnell, Ryan, and Cheney. While this has long been clear during the theater of primaries, it has been less so in terms of votes within Washington. It took less than two years for a large class of Tea Party freshman to bend the knee to many of these same types of actors.

What is amusing is that the go-to criticism waged by Very Serious People is that the actions of Trump’s Republican Party represent some grave threat to American democracy. 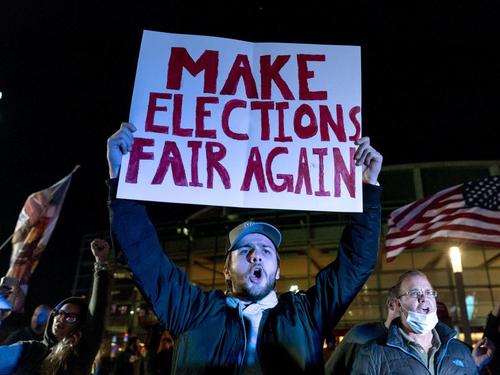 In reality, what we are seeing is just the opposite.

Elected Republican officials are choosing to place greater value in the demands of their own constituents, over abstract concepts like the “national interest.”

The process is messy, but it gives American voters the illusion of representation and self-governance.

Given that the American empire has long enjoyed democracy as a purely ceremonial act, it is not surprising that the Beltway is not well adjusted to seeing it in action. As a result, the arrogance of Washington politicians may end up doing more to undermine the perceived legitimacy of DC than any legal option that Trump ever had on the table.

For example, one option that has been proposed by Senator Ted Cruz is the creation of a commission dedicated to looking into the 2020 election and proposing steps to improve election security in the future. Historically, commissions into national controversies have been an obvious step. By their nature, the political powers that be ultimately get to decide what is and is not written, and so in practice, they effectively serve to bolster—rather than undermine—the official narrative. This is true even if you have individual investigators genuinely interested in the truth.

As such, Cruz’s proposal should be seen as an obvious and moderate position. Instead, it has been portrayed as a radical attack on democracy. 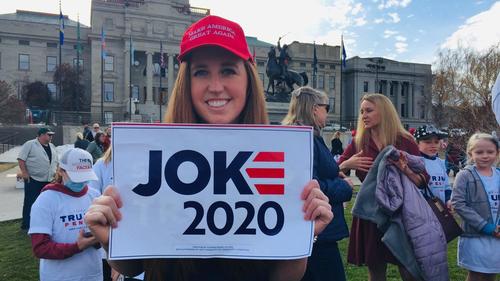 The reason is simple. Elections have become a part of our civil religion, and the “popular will” has been increasingly held up as more important than pesky inconveniences like constitutionally protected rights. To allow for a commission about the election results is to normalize questions about how our politicians are chosen in general.

So, instead of trying to treat the concerns of tens of millions of American voters with respect and empath, today we will see a bipartisan effort to dismiss these concerns entirely.

The consequences of this could end up having a remarkable impact on politics for the rest of the decade. We have seen the difficulty Congress can have in the face of simple political polarization. What happens when the federal government tries to govern a country with tens of millions of people knowing it to lack any legitimate democratic mandate?

More interesting still, what happens when the federal government tries to intervene in a state where a majority does not believe it has any democratic legitimacy?

Once upon a time, those in power were smart enough to recognize the importance of popular support and went to great lengths to help ensure a level of general consensus. While technology has made the manufacturing of consent more difficult now than ever before, it is ultimately the arrogant behavior of those in power that is sowing the seeds of true subversion of federal authority. Washington today is an increasingly isolated, imperial city, occupied by legions of mediocre and arrogant dunces who are incapable of empathizing with the sincere concerns of average Americans. Ultimately, this is a recipe for political instability and decline.

At a time where there are many reasons to predict a lot of dire economic outcomes in the coming years, this is a political development that should be cheered on.