The investment ban will take effect on Jan. 11, just days before President-elect Joe Biden is due to be inaugurated, and according to NYSE on Thursday, trading in the three companies was to be suspended possibly as soon as Jan. 7 or as late as Jan. 11. 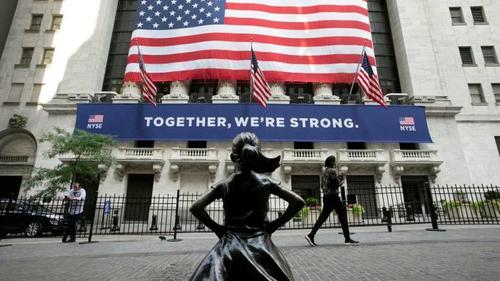 Maybe not so “strong” after all…

But now, in a statement on parent ICE’s website, NYSE reversed its previous stance:

In light of further consultation with relevant regulatory authorities in connection with Office of Foreign Assets Control FAQ 857, available here, the New York Stock Exchange LLC (“NYSE”) announced today that NYSE Regulation no longer intends to move forward with the delisting action in relation to the three issuers enumerated below (the “Issuers”) which was announced on December 31, 2020.

At this time, the Issuers will continue to be listed and traded on the NYSE.

NYSE Regulation will continue to evaluate the applicability of Executive Order 13959 to these Issuers and their continued listing status. 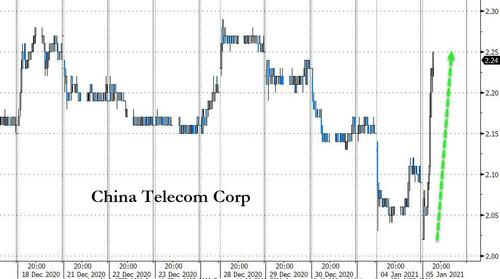 The ministry of commerce said in a statement that China will “take necessary measures to resolutely safeguard the legitimate rights and interests of Chinese enterprises,” according to the state-run Global Times.

The commerce ministry said that the U.S. was “abusing national security and using state power to crack down on Chinese enterprises” and said the move was “not in line with market rules and logic, which harms not only the legitimate rights of Chinese enterprises, but also the interests of investors in other countries, including the US.”

The Chinese Foreign Ministry also accused the U.S. of “viciously slandering” its military-civilian integration policies and vowed to protect the country’s companies. Chinese officials have also threatened to respond to previous Trump administration actions with their own blacklist of U.S. companies, but have so far failed to do so.

Conspiracy theory? Or is the NYSE now in the habit of simply refusing to acknowledge a presidential executive order that warns of funding firms associated with the Chinese military? Seems like a strong stance for a stock exchange to take in the middle of such a tense geopolitical situation.

Bill Barr Did Not See Fraud Because He Refused To Look