In San Francisco, Drug Overdoses Claimed Twice As Many Lives As COVID-19

More than twice as many people died from accidental drug overdoses in San Francisco in 2020 than from the CCP (Chinese Communist Party) virus, according to preliminary data released by the city’s office of the Chief Medical Examiner. 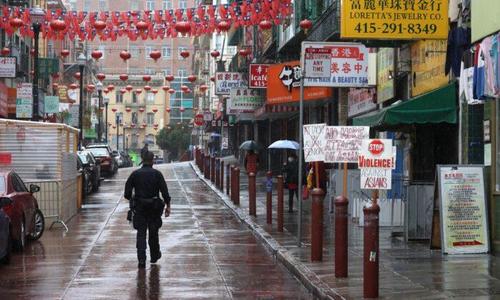 A total of 713 people died from drug overdoses in the city in 2020 compared to 255 who died from the CCP virus, commonly known as the coronavirus.

Nationwide, the largest increase in the number of overdose deaths occurred in March and May 2020 and coincided with the CCP virus lockdowns, according to the Centers for Disease Control and Prevention.

“The increases in drug overdose deaths appear to have accelerated during the COVID-19 pandemic,” the CDC said in a statement.

Overdose deaths were rising steadily before the lockdowns. During the 12-month period ending in May last year, 81,230 people died from accidental drug overdoses, the largest 12-month total ever recorded. Men accounted for the overwhelming majority of the deaths at 81 percent. Twenty-seven percent of the victims did not have a fixed address.

The trend lines have inverted in 2021, with more people having died from the CCP virus (261) in January through March than from drug overdoses (203). The reversal coincided with the gradual reopening of the city that commenced on Jan. 21. Several business types, including indoor playgrounds and nightclubs, are still not allowed to operate.

Over the course of 2020, fentanyl was behind more overdose deaths than any other drug. China has been the main source of fentanyl and has flooded the United States with the drug in recent years. The CCP subsidizes fentanyl producers, according to Ben Westhoff, an investigative journalist who went undercover into two Chinese fentanyl operations.

“What I learned was that these companies making fentanyl and other dangerous drugs are subsidized by the government. And so when they work in these suburban office parks, for example, the building, the costs for research and development, they have these development zones, they get export tax breaks,” Westhoff told Illegal Tender, a Yahoo podcast.

There Is Still Time for Trump To Do the Right Thing