As a great power competition roars between the US and China, Washington appears to be supplying India with dozens of armed drones to boost defenses along its borders, according to Bloomberg.

India plans to purchase up to 30 General Atomics MQ-9 Reaper drones, worth approximately $3 billion, next month. A military source told Bloomberg that the drones would significantly increase India’s military capabilities as tensions persist with neighbors China and Pakistan. 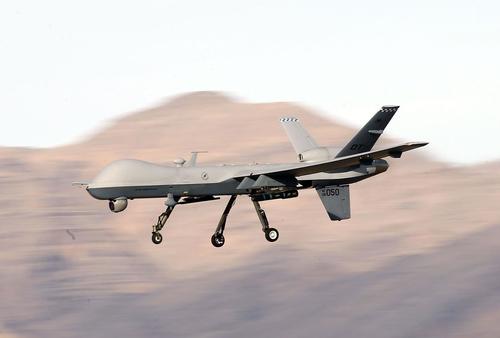 At the moment, India’s drones only have surveillance and reconnaissance capabilities. The ability to mount laser-guided bombs and missiles will reassure Prime Minister Narendra Modi’s government that its borders are protected in case of a military conflict.

“U.S.-India relations in the present day are the result of decades of dedicated efforts by both countries,” Vivek Lall, chief executive for General Atomics, told Bloomberg. “The fact that defense cooperation remains high on the list of priorities for the bilateral relationship, is a sign of our mutual security objectives.”

The ongoing rise in tensions across Asia forced the US and India to sign a new defense pact last year that allows the US to share more satellite data with New Delhi. Increased military cooperation between both countries is aimed at keeping pressure on Beijing.

Picking up the baton from the Trump administration, Biden has continued the tough stance on China by building alliances to counter Beijing. Even NATO is looking to get in on the action. NATO recently released a report that recommended the alliance form a partnership with India to counter Beijing.

Despite Biden’s tough stance, there appears to be an upcoming high-level meeting between the rival powers that could hopefully simmer the flaring tensions over the last four years.

The Matrix Revealed: My interviews on space-time manipulation