The local news outlet also posted a picture of first responders holding a “suspected” part of the aircraft. 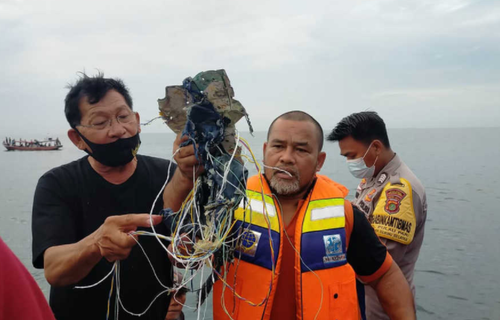 Another first responder holding a “suspected” part of the aircraft. 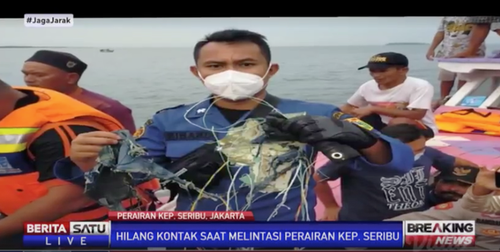 According to Bloomberg, Indonesian aviation authorities have reported that Sriwijaya Air Flight 182 has disappeared from radar shortly after takeoff.

Aviation website Flightradar24 said there are reports of “a missing Boeing 737-500 in Indonesia.”

We are following reports of a missing Boeing 737-500 in Indonesia. We hope to have more information soon.

Flightradar24 said, “Sriwijaya Air Flight 182 lost more than 10.000 feet of altitude in less than one minute, about 4 minutes after departure from Jakarta.” 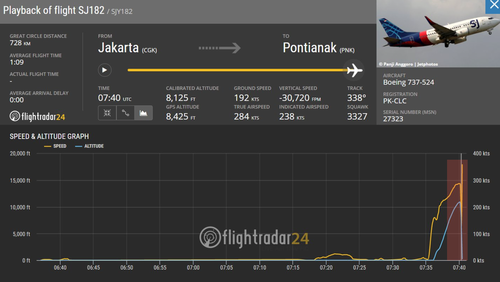 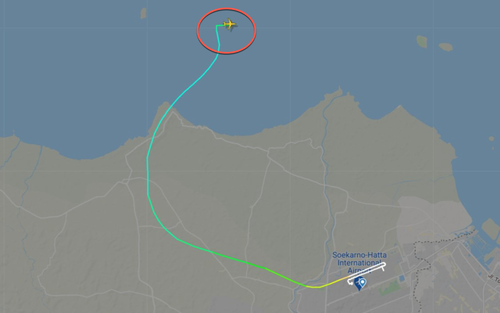 Sky News reports that Indonesia’s transport ministry said a “search and rescue investigation is underway after contact was lost with Sriwijaya Air flight SJY 182 from Jakarta to Pontianak.”

*This story is developing.