Authored by Erika Abrams via NY.Eater.com,

Even if NYC returns to indoor dining at 25 percent capacity this winter, some restaurant owners say the allowance is still not enough to make a meaningful impact on business during the pandemic. 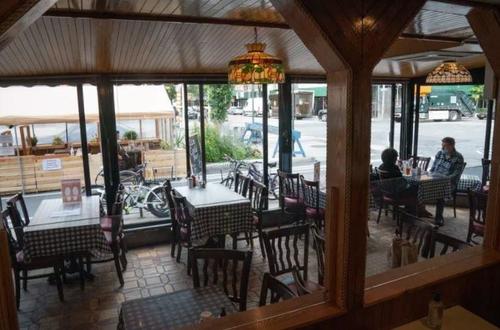 Syed Hossain, the owner of Tikka Indian Grill in Williamsburg, tells the Post that the allowance is “stupid” and the restaurant would be “losing money” at 25 percent capacity.

Staten Island restaurateur Vincent Malerba added that the capacity limit was a “joke” and then speculated to the Post that maybe Cuomo hated the industry because his former girlfriend, Sandra Lee, was a celebrity chef.

“The restaurants are packed in Nassau and I feel like I’m going to f—ing shoot myself! Are you f—ing kidding me?!” fumed Rocco Sacramento, the owner of Trattoria L’Incontro in Astoria, Queens.

NYC restaurants were previously allowed to reopen at 25 percent capacity indoors last fall following an initial ban in March. A little over two months later, in December, indoor dining was banned for a second time following a rise in positive COVID-19 case counts in the city.

Cuomo said on Wednesday that the state will unveil a plan detailing how NYC restaurants may return to indoor dining – at 25 percent capacity – by the end of this week.