After rising for three of the last four weeks (with a big surge in the previous week) as lockdowns re-accelerate across America, analysts expected initial jobless claims to slow modestly this week, but instead claims soared from an upwardly revised 862k to 885k – the highest number of Americans seeking first-time unemployment benefits since September. 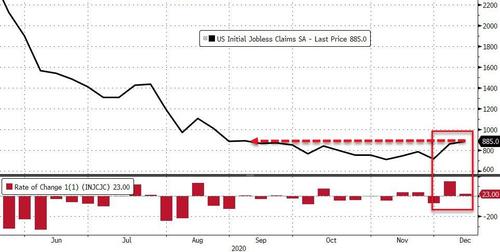 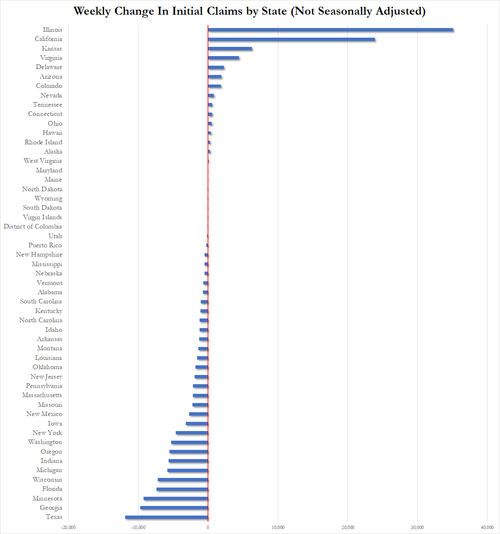 Continuing Claims fell to its lowest since March (at 5.508mm), but Pandemic Emergency Claims remain high (and are due to drop off imminently)…. 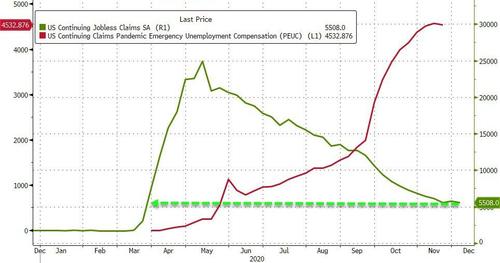 These numbers are about to get dramatically worse as the widespread lockdowns imposed on Americans this holiday season begin to really bite.

Death and Mayhem Inside the Capitol Building and the Stock Market Gains 437.8 Points. Why?