COMEX is the primary futures and options market for trading metals such as gold and silver. There have been some interesting trends for silver in the COMEX in recent months. More investors are taking delivery of silver. In other words, the short squeeze may still be on track – albeit in slow motion – and this could impact the silver price moving forward. 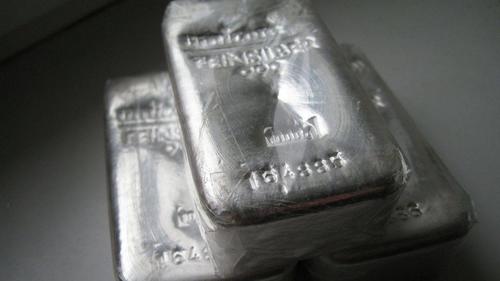 You will recall that last month, the Reddit investors turned the spotlight onto silver. The hope was to create a short squeeze in the market by buying up physical silver. The price popped temporarily, but it appeared at the time the silver market was just too big for the Reddit Raiders to squeeze. The price dropped back and the spotlight dimmed. But looking at some trends in the COMEX indicates the squeeze might still be on.

A futures contract is a promise to deliver a certain amount of gold or silver at a certain price at a certain time. Speculators play this market, hoping to profit from a price swing. Say you buy a $26 per ounce silver contract and the price of silver rises to $28. The investor can sell the contract and make a few dollars per ounce. Generally, the trades are made on paper. They are made on the promise of that metal and on the knowledge that it exists, but traders rarely take delivery of the metal itself. About 1% of COMEX trades go to delivery.

The following analysis was submitted to SchiffGold and is published for your consideration. The opinions expressed do not necessarily reflect those of Peter Schiff or SchiffGold.

The COMEX has shown a major divergence in the silver market in recent months. For context, consider this graph. (Open interest is the total number of outstanding options or futures that have not been settled for an asset.)

The big gold and silver delivery months on the COMEX alternate. For gold, it’s February, April, June, August, October, and December. For silver, it’s March, May, July, September, and December. Historically, open interest starts out very high in these months and then drops significantly in the days leading up to the notice period (notice for delivery where you can no longer roll contracts). Below shows the last 4 March months. As can be seen, contracts start high and drop as contracts are rolled forward.

Over the last year, more and more people have been standing for delivery, meaning slightly fewer contracts get rolled forward. The current March contract has doubled any recent March. See chart below.

This delivery trend has been in place for about a year. The charts below show the outsize deliveries in Gold and Silver in 2020 and how 2021 is well on its way to beating 2018 and 2019.

This next chart shows the silver monthly deliveries over the last two years. The previous 12 months show a clear jump in the number of deliveries, especially the big months.

One thing that may have gone unnoticed is the delivery rate in the off-months. The last off-month in February had a major divergence from anything in past years. More contracts are being bought to specifically stand for delivery. In most off-months, less than 1,000 contracts stand for delivery. That started changing in February when the Reddit event occurred.  The chart below shows how the open interest moved higher leading up to first notice (it drops after first notice as contracts are set for delivery).

As can be seen in the chart, instead of a low number of contracts slowly moving toward zero, in February the opposite happened, it spiked into the final days.

To highlight the first chart again, it is clear this trend is continuing for April. Open Interest is moving up as the contract nears first notice.

It is probable that all of these will stand for delivery and there are still about seven trading days left for more contracts to be added. Again, this is not a large number of contracts relative to the big months but the change in trend is impossible to ignore. Investors are demanding more physical silver and the futures market directly reflects this. At the time of the month when open interest should be falling, it is rising instead!

As the Sprott blog commented last month, this is not going to change anything quickly. The Comex still has the supply to handle the large volumes of delivery. But at the current rate they only have roughly a year supply on hand:

Can they get more? Absolutely! But at what price? Bottom line, if this continues, it is hard to imagine the price won’t reflect the demand.