Is the S&P 500 still the go-to stock benchmark when the continued rotation toward value and small caps dominates the market? While the S&P 500 was little changed Tuesday, the Russell 2000 of small caps rallied 1.8%. In FX, the dollar was on the back foot again, helping the offshore CNH to trade at a premium to onshore CNY again. But one has to wonder how long the crowded short-dollar bets can keep working, now that real yields are on the rise.

Back in China, lending data that came out after the market closed showed that while credit growth continued to moderate, it’s hardly a sudden stop in stimulus. Money supply (M2) has slowed to 10.1%, from a peak of 11.1% in June. Assuming 2% inflation, that’s consistent with GDP growth around 8%. 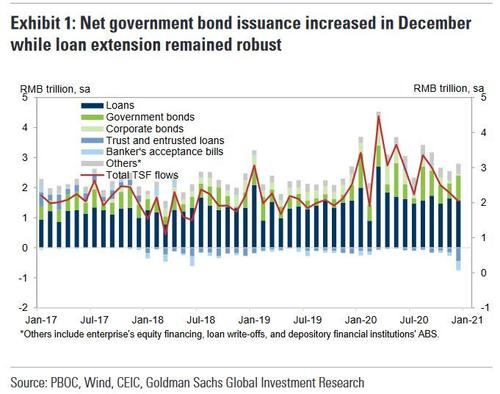 Switching gears, mainland investors kept flocking to Hong Kong to scoop up sanctioned Chinese companies. China Mobile, SMIC, China Telecom and CNOOC topped the buy list again. Mainland investors are happy to take advantage of forced selling by U.S. funds and index followers that was triggered by Trump’s banning of U.S. investments in Chinese companies considered linked to the military. Stock ownership in these sanctioned names via the south-bound stock

Indeed, the ban has created large price wedges in the same stocks trading in the domestic and Hong Kong markets. Take China Railway Construction. Its shares have rallied 12% in Hong Kong since Jan. 5 when MSCI removed sanctioned Chinese companies from its benchmarks. The H shares are still trading at a 50% discount to equivalent shares in Shanghai, the most since the peak of China’s stock bubble in 2015. A mere return to the average discount of some 30% would represent a windfall for investors. 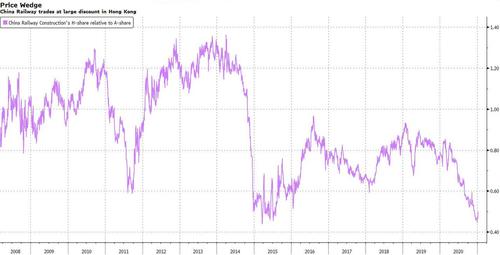 Retail Chinese investors are known for their gambling instincts. But they proved to be quite savvy bargain hunters over the past year. The south-bound flows to Hong Kong surged in March. It pretty much marked the trough of the global stock market. Chances are that they may have done it again in picking the bottom for sanctioned Chinese companies. 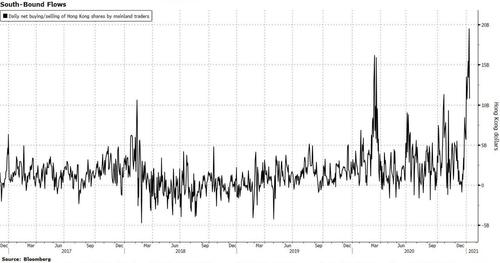 These Are The ‘Greenest’ Countries In The World