“Investors Are On Their Own” – BofA Says Fed Won’t Intervene On Rates, Fears 1987 Replay

While hedge fund honchos David Tepper and Kyle Bass were adamant yesterday that, as we have previously explains, The Fed/US Government duopoly cannot afford to allow rates to rise too much further and overseas demand for what are now extremely ‘cheap’ USTs will stall any ongoing selloff (suggesting stability is coming for rates), BofA’s Fixed Income Research group disagree and say US Treasury yields will keep rising with real yields breaking out on good economic, COVID news.

The reason for Tepper’s sudden bullishness is straightforward and we have discussed numerous times recently – demand for US Treasuries as yields offer asset allocators more options (and spark CTA reversals).

Tepper’s positive view is predicated on support for bonds from overseas buyers, who, as we have previously noted, now benefit from over 100bps of pick-up by buying FX-hedged Treasuries over their local bonds… 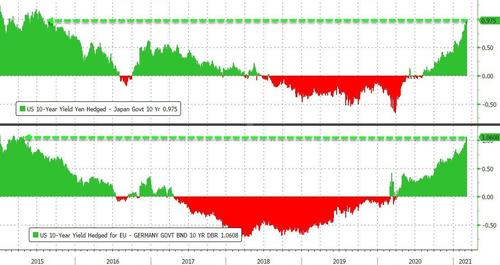 And if proof was needed, the avalanche of buying by Japanese investors (as Kuroda decided not to widen the band on their yield curve control program, thus maintaining the yields lower and under more control) has already started…

Why yields are about to reverse hard: FX hedged DM rates are now a huge bargain for Japanese investors, as seen in record inflows into UK debt pic.twitter.com/q1kyOleLRV

But, countering that, BofA warns that The Fed currently has little reason to intervene and investors on their own for now…

The Fed’s focus is the economy (jobs, inflation), not markets – until meaningful credit spread widening and financial conditions tightening, investors are likely on their own.

Which did make us laugh a little. In a seperate note, from technical strategist Paul Ciana, BofA looked at the size, duration, technical patterns and momentum of previous trends, finding support for its “view that there is still no 10Y yield top and a bearish bias remains; increasingly so on the 5Y and even the 2Y.” 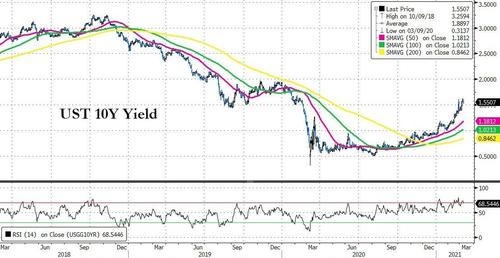 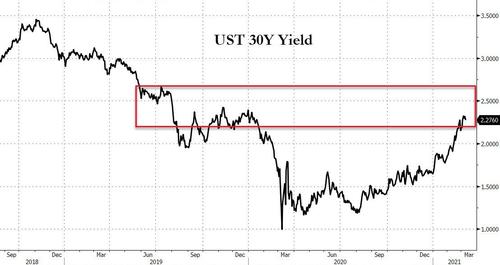 1) after two years of easy monetary policy, inflation has turned higher, with further gains expected due to rising employment – Phillips curve not dead; 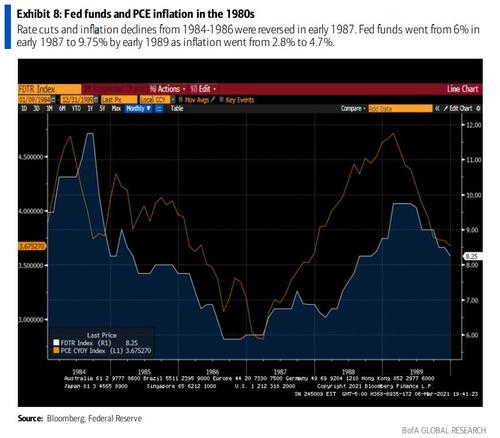 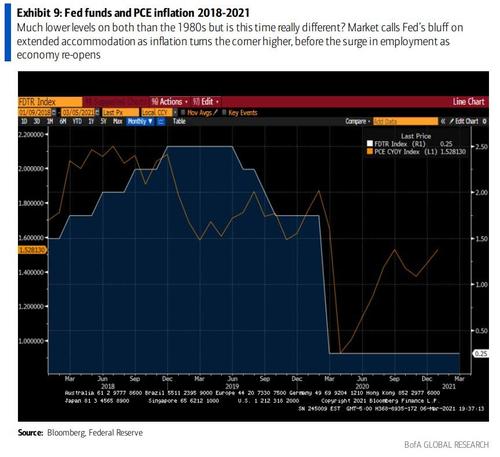 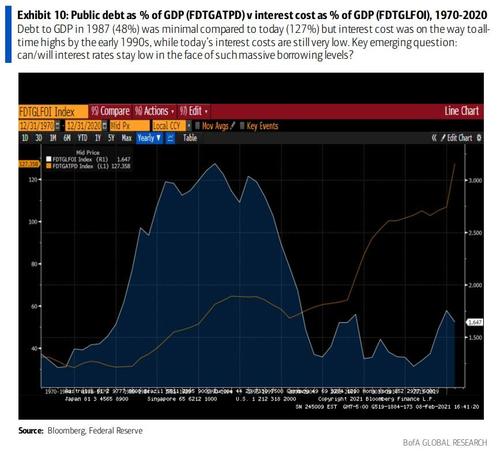 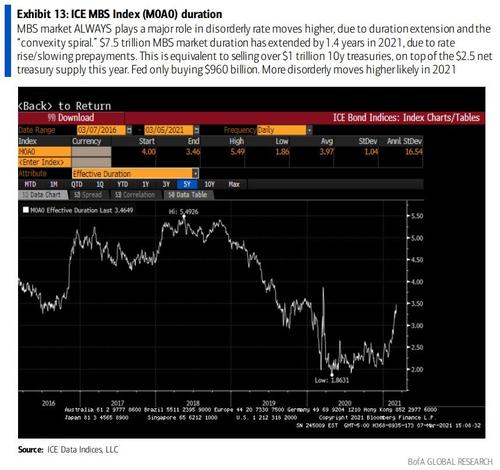 BofA expects a near-term (next 1-2 months) countertrend rally in bonds, if the 1987 script is followed. But warns, it won’t last – with a disorderly overshoot to 2%-2.5% 10y yield likely this year… and that would not be pretty for big-tech and the momo markets... which in a circular way, will bring The Fed back in to save the world again and jawbone moar to manage rates.