Details are limited at the moment. But readers may recall Thursday evening, we released a report pointing to a serious escalation in the Middle East between Israel, Iran, and involving the United States – particularly after Israel’s recent claim of an Iranian-sponsored attack on an Israeli-owned cargo ship in the Gulf of Oman two weeks ago.

Editor in chief at Manoto tweeted:

Sources told me: Israel attacked an Iranian-owned cargo ship near Latakia port in Syria, hours ago on Thursday 11th March. The ship called “Shahr-E-Kord” is still in Mediterranean sea according to @MarineTraffic I.R attacked an Israeli cargo ship last week in Oman sea. 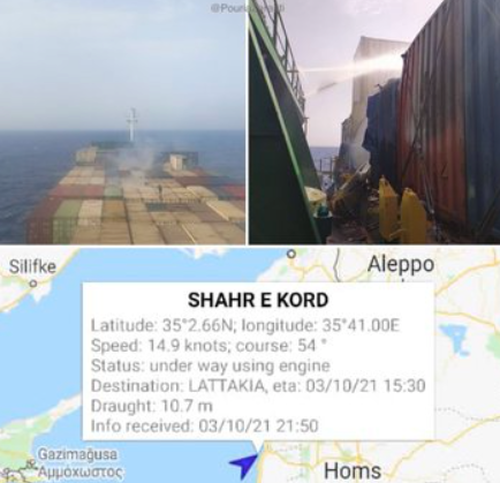 Alleged footage of the damaged containership.

Footage of the SHAHR E KORD , an Iranian cargo ship that was attacked by an ‘ explosive’ as it was in the Med. pic.twitter.com/gdSjU0gwUz

Here is Shahr-E-Kord’s current positioning and track over the last 48-hours. 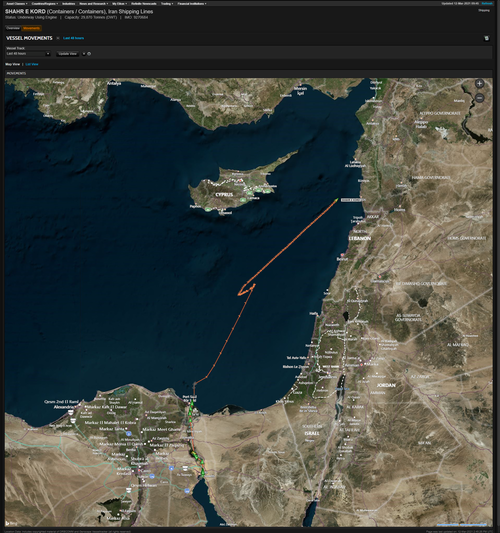 The Case For Compulsory Vaccinations Is Dead… Omicron Just Killed It