The IRS is planning to delay this year’s tax deadline from April 15th to mid-May, giving taxpayers more time to file returns and pay outstanding balances, according to Bloomberg, citing people familiar with the discussions. 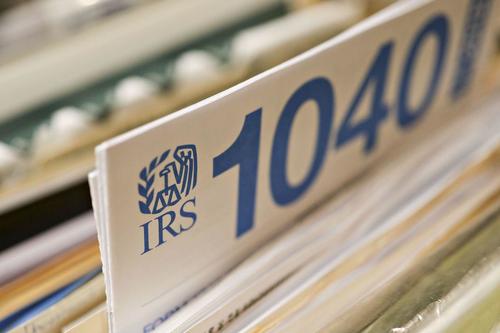 The agency is still figuring out what the final deadline will be, but it will likely be mid-May, according to the people who were not authorized to speak publicly because the decision had not been finalized. The IRS and Treasury did not immediately respond to requests to comment on the delay.

The filing extension would give taxpayers additional breathing room to meet their tax obligations in what is becoming one of the most complicated tax seasons in decades. The change would come after calls from accountants and leaders in Congress to delay the due date as new legislation and pandemic-related work changes disrupt taxpayer plans. -Bloomberg

The move comes amid a growing chorus of calls to extend the deadline. As CNBC noted on Tuesday, “a bipartisan group of lawmakers led by Rep. Jamie Raskin, D-Md., and Ways and Means Oversight Subcommittee Chairman Bill Pascrell Jr., D-N.J., sent a letter to the IRS and Treasury Department urging them to move the deadline to July 15.”

The letter, signed by more than 100 lawmakers, comes about a week after Rep. Pascrell and House Ways and Means Chairman Richard Neal, D-Mass., called on the IRS to extend the filing deadline due to the pandemic and recent changes from the American Rescue Plan which was signed into law March 11. –CNBC

“Almost a year later, we are still grappling with the massive economic, logistical and health challenges wrought by this devastating pandemic,” reads the letter. “Millions of stressed-out taxpayers, businesses and preparers would appreciate an extension of the deadline to file their 2020 tax returns.”

This year, the IRS began the tax-filing season later than usual on Feb. 12, giving the agency time to prepare as it scrambled to send out the second round of economic impact payments.

“Now, the IRS is in the middle of filing season, grappling with changes on taxing unemployment income from the latest Covid bill and in charge of sending out yet another round of stimulus checks. This has overwhelmed the agency, according to the letter. The IRS is answering only 25% of phone calls and has received and processed fewer returns than at the same time last year,” according to the report.